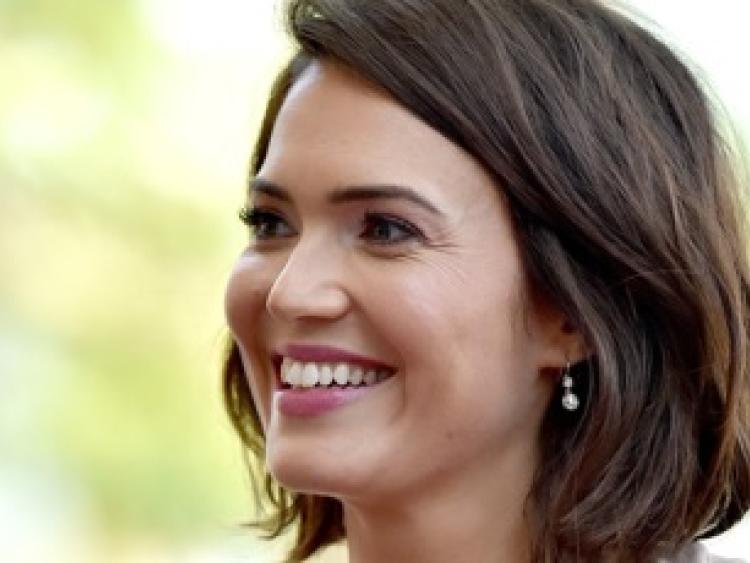 Mandy Moore travelled to County Tipperary for the USA series of Who Do You Think You Are?

St. Patrick’s Hospital in Cashel, County Tipperary, featured on the latest episode of Who Do You Think You Are? USA, where a celebrity traced her roots.

RTÉ One viewers on Thursday night last saw American actor and singer-songwriter Mandy Moore travel to the County Tipperary town in search of the birthplace and life prior to the mid 19th century emigration of Ellen Flynn, who was one of Mandy’s grandparent’s great grandmothers.

The episode featuring Cashel, the executive producers of which were Emmy Award-winning actors Dan Bucatinsky and Lisa Kudrow (Phoebe from Friends), first screened on the USA’s TLC network last December and has subsequently been syndicated to international audiences.

Best known for her role in the comedy drama series This is Us, Mandy Moore had believed her family originated in England before emigrating to the US. In the course of this episode of Who Do You Think You Are?, Mandy establishes that Ellen Flynn died aged 75 near London in 1909, but had become a widow of five children at the age of 47. The show then helps Mandy Moore to discover that Ellen Flynn was Irish and had actually come to England via Australia.

Historian and author Turtle Bunberry appears in the episode to explain to Mandy how Ellen, her sister Mary and their own mother Mary Flynn had found themselves in the Cashel workhouse during Ireland’s Great Famine in the 1840s. Bunberry uses Donaghmore Famine Workhouse museum in County Laois to illustrate the harsh conditions of last resort for the Flynns and shows Mandy some records which establish that Ellen Flynn had the opportunity to leave the harsh workhouse conditions by emigrating to Australia as a 15-year-old in 1849.

Ellen’s sister Mary died before being able to avail of the same chance to undertake a four-month voyage upon the Lady Peel and work as a domestic labourer under the Earl Grey Scheme on arrival in Australia. Their mother Mary Flynn was left behind, died aged 40 and is one of the names remembered on the commemorative wall at St. Mark’s Famine Graveyard, Cashel, for those who never left the local workhouse.

A county home was established at the site of the former workhouse in Cashel in 1924 and it subsequently became a healthcare facility associated with the Mercy Sisters. Today, St. Patrick’s Hospital in Cashel (and its associated facility at St. Anthony’s Unit in Clonmel) is a South East Community Healthcare residential centre for older people, serving the local population in South Tipperary.

Reacting to the screening of the programme, St. Patrick’s Hospital director of nursing Joan Brosnan said:, “We facilitated some filming which took place here at St. Patrick’s in March of last year. The portion of the resultant show in relation to Cashel is respectfully done, gives due regard to the Rock and other attractions in this part of Ireland and was well received locally.

"The shots of Mandy Moore laying flowers at the site of the former workhouse and speaking about the challenges faced by the sixth and seventh generation of her family are very poignant. We were delighted to play a small part in enabling her to discover and mark her Irish heritage.”