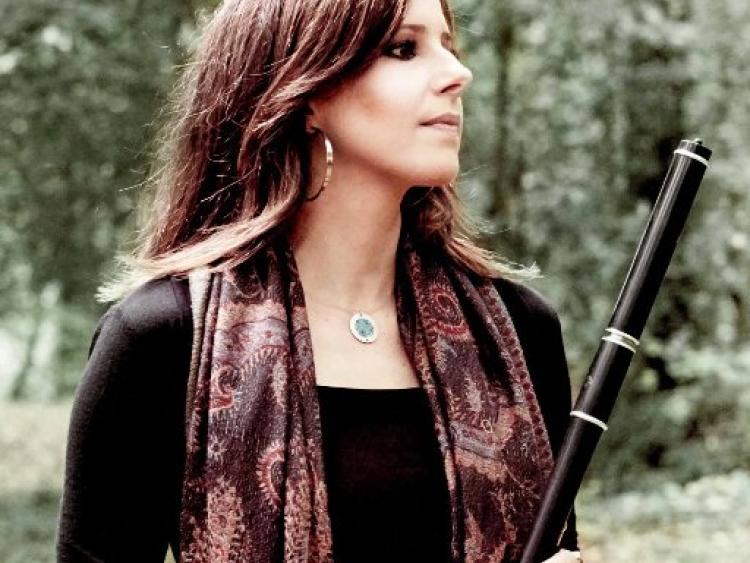 Clonmel World Music is delighted to announce a very special show in Lonergans Pub Clonmel on Tuesday July 16.
Lonergans was a hotbed of Irish traditional music in its heyday, and Clonmel World has been commissioned to bring a great trad band to play in Lonergans, as part of it’s 10th anniversary celebrations of bringing great music to Clonmel.
Steph Geremia is an Irish American multi-instrumentalist and singer highly regarded as one of the finest musicians of her generation. Perhaps best known as a traditional Irish flute player and as a mainstay of The Eddi Reader Band and the critically acclaimed Irish group, Alan Kelly Gang, she has also impressed as a singer, presenting her own identity of a breathy Celtic vocal style mixed with a hint of her American roots.
Steph is bring two virtuoso musicians to Clonmel for this special show : Aaron Jones (Old Blind Dogs) on bouzouki/guitar/vocals, and fiddle maestro, Ben Gunnery (Riverdance / Barrage)
After nearly a decade since the release of her debut solo album, The Open Road, which was described by Irish Music Magazine as “an unexpected treasure” June 2018 welcomed the release of Steph’s sparkling second solo release, Up She Flew, which features music from Irelands own rich Sligo, Leitrim & North Connaught tradition. Up She Flew has been described as “a masterclass in Irish flute”, “as good an album of top-drawer Irish tradition as is imaginable” and “a vivid blending of New World energy with Old World vibrancy”, demonstrating once again Steph’s vibrant and versatile spirit, her technical prowess, breath control and her ability to bring an innovative approach without losing the heart of the tradition to which she is intrinsically connected. Steph says “for me, everything is in the small details…
This album has not only been inspired by the rich North Connaught repertoire and particular tune settings from the players from this region, but also from a time when these great musicians breathed life into the tunes with their slight variations and subtle re-phrasing of every bar. She recorded the album surrounded by a star studded cast including Seamie O’Dowd (Dervish), Jim Murray (Sharon Shannon Band), Alan Kelly (Eddi Reader Band), Donal O’Connor (At First Light), Martin Brunsden (Hot House Flowers), Jim Higgins (Christy Moore Band).
As a founding member of the Alan Kelly Gang with whom she has worked for the past 11 years, Steph has performed at top world and folk music festivals and toured extensively around the globe. She has also performed with critically acclaimed artists including the Grammy award winning Chieftains, Scottish songstress Eddi Reader, Alan Kelly, Sea Road Sessions, Kris Drever (Lau), Ian Carr, Johnny ‘Ringo’ McDonagh (De Dannan), Sean Smyth (Lúnasa), Michael Rooney, John McCusker & Heidi Talbot, Líadan and many more.
In the recent past, She has joined forces with prestigious theatre companies from Edinburgh to Galway to the US including Galway’s An Taibhearc and the New York based, award winning & avant-garde, Mabou Mines, in their production of Peter and Wendy, on the original score composed by the late Scottish fiddle player, Johnny Cunningham.
Steph holds a Master’s Degree in Traditional Irish Music Performance, which she completed at the University of Limerick. She is now based in Galway where she teaches and performs on a regular basis as well as continuing to tour internationally.
“Geremia’s spark is undeniable” The Irish Times
“Her sprightly, breathy style pays homage to the great Peter Horan and that buoyant Sligo flute style to which she has been inexorably drawn.” The Irish Times
“an unexpected treasure…an outstanding recording” Irish Music Magazine

This show takes place in the cosy Lonergans main bar in O’Connell St Clonmel, in a cosy cafe style setting with full seating at candle-lit tables.
Doors for the gig will open at 7pm. The show will start at 8pm prompt.
Tickets are available on www.clonmelworldmusic.com; from Lonergans Pub, O’Connell St Clonmel or from Gerry Lawless on 086 3389619.