'Thankfully we have come through this difficult time,' Tipperary Excel back in business! 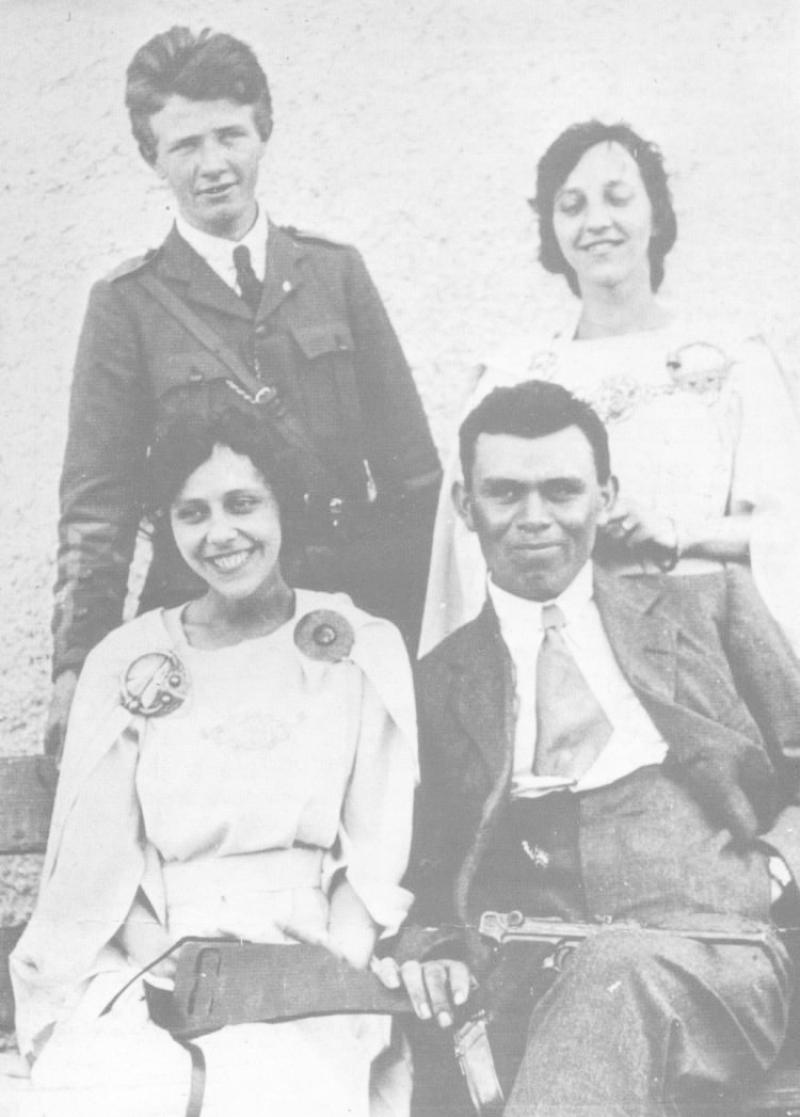 The wedding of Dan Breen to Brigid Malone, with best man and bridesmaid Seán Hogan and Áine Malone

The Tipperary Excel was no different from so many other places across the country in being affected by Covid.

The normal bustling centre with activities happening across all floors in the building had to grind to a halt due to the pandemic.

The theatre, cinemas, gallery, exhibition area and performance studios, which would normally be hives of activity, were reduced to empty spaces devoid of noise and bustle. 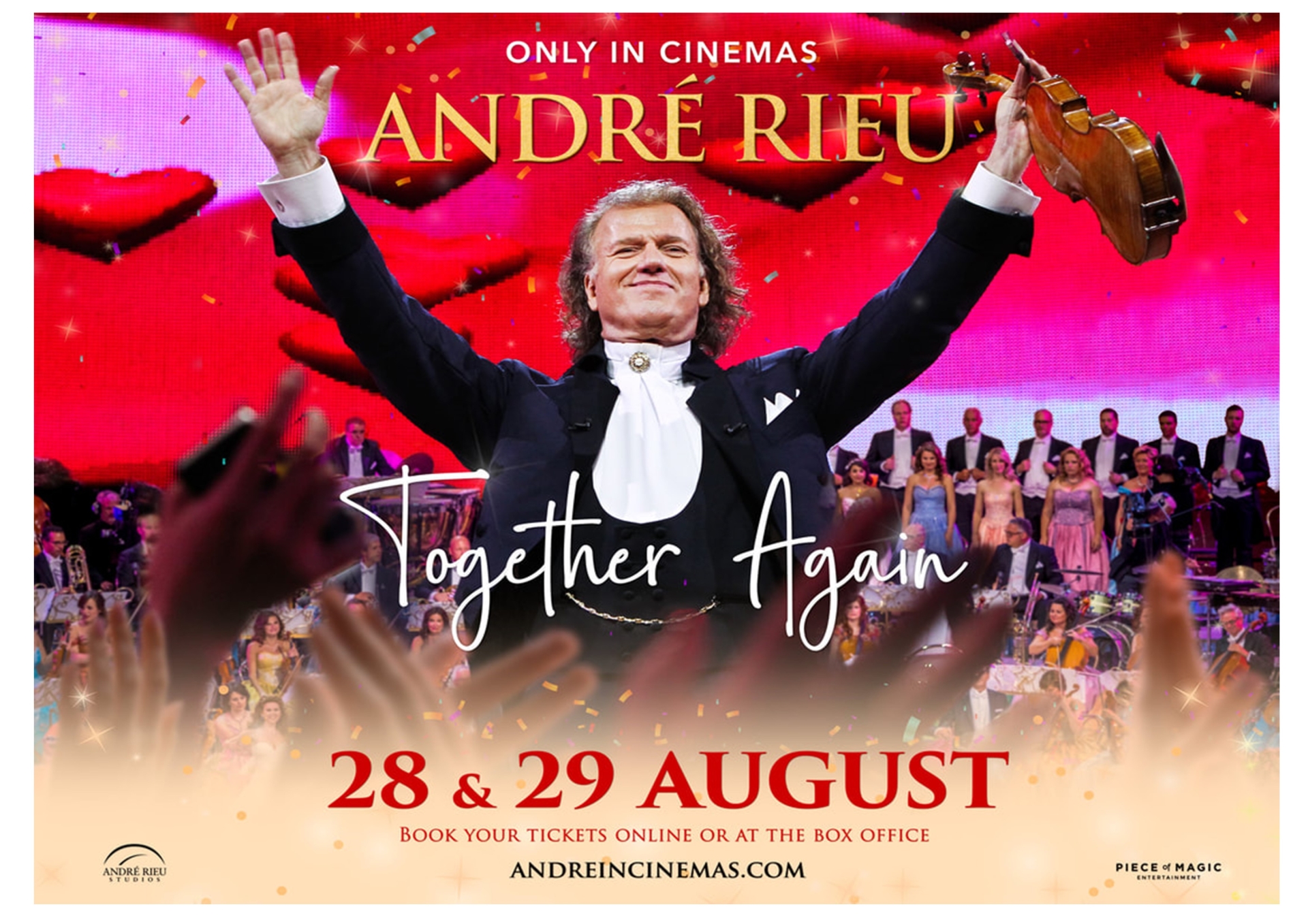 Thankfully though we have come through this very difficult time and we are slowly returning to some form of 'normality'.

It was to my great delight therefore to hear that the Tipperary Excel was 'back in business' and in the process of welcoming back patrons.

Annie Ryan who is in charge of Film Programming & Cinema at the centre told me of two important upcoming events.

"Returning this year, with the support of Tipperary County Council is the Excel Heritage Festival, which focusses on Tipperary 1921 - Truce to Treaty.

This will be held over two nights, August 26th and 27th, and will feature speakers and a filmed re-enactment. A local amateur group has filmed a re-enactment of the wedding of IRA volunteer Dan Breen.

Breen was married on 12 June 1921, during the War of Independence, to Brigid Malone, a Dublin Cumann na mBan woman, and sister of Lieutenant Michael Malone who was killed in action at the Battle of Mount Street Bridge during the 1916 Rising.

Dan had met Brigid in Dublin when she helped to nurse him while he was recovering from a bullet wound.

Seán Hogan was best man at the wedding, and the bride's sister Áine Malone was the bridesmaid. Breen was, at the time, one of the most wanted men in Ireland, and South Tipperary was under martial law. 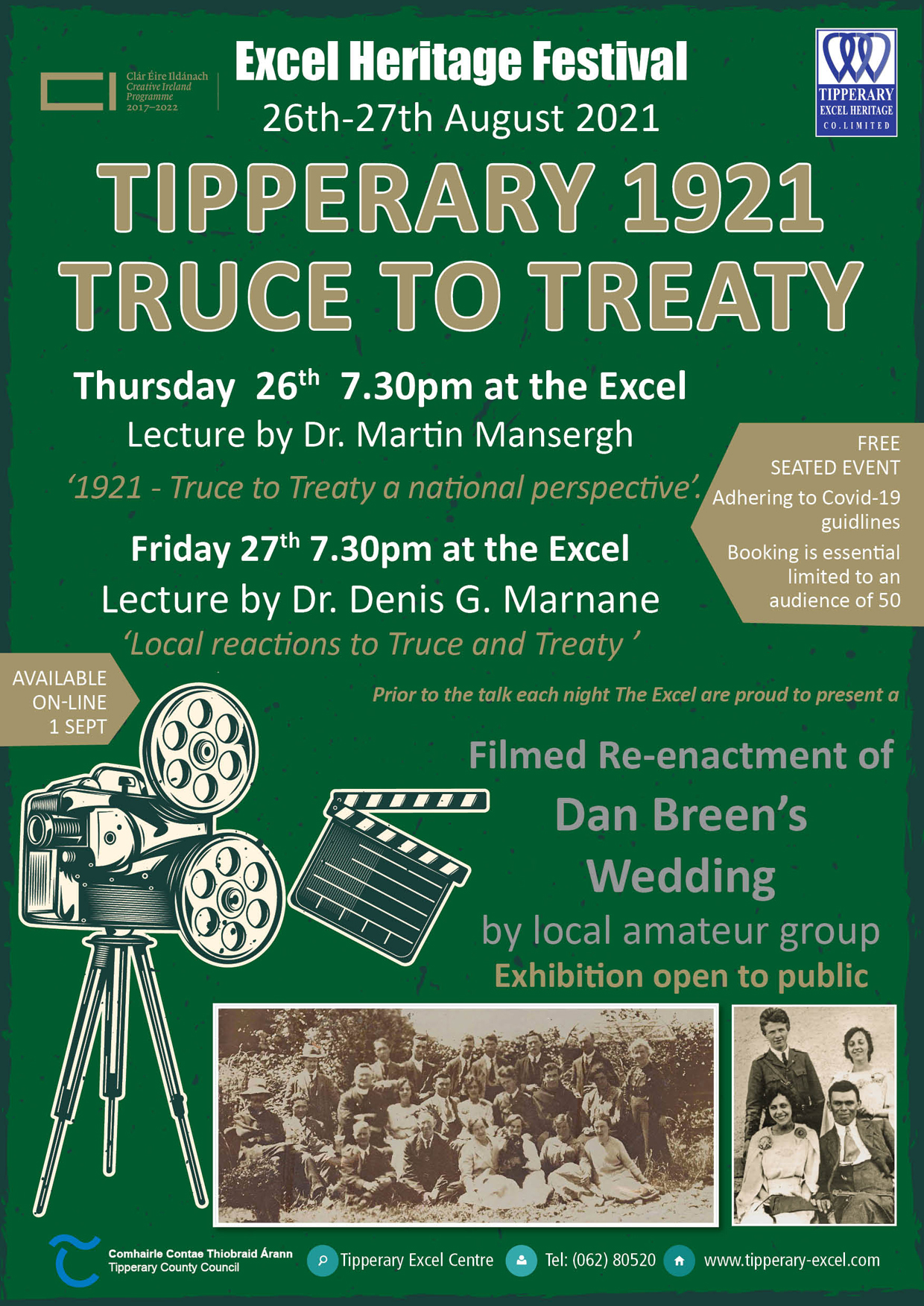 Yet a large celebration was held with the wedding taking place at Purcell's, "Glenagat House", New Inn.

Many of the key members of the Third Tipperary Brigade attended, including flying column leaders Hogan and Dinny Lacey. On both nights of the Heritage Festival, the filmed re-enactment will be shown prior to the talks at 7:30pm."

This is a seated event and while admission is free, booking is required as there is a limited capacity of 50 people on each night. Former Minister of State & Historian, Dr Martin Mansergh will deliver the Thursday night lecture and will speak on '1921 - Truce to Treaty, A National Perspective' and the Friday night lecture will be delivered by Historian Dr. Denis G Marnane, on the subject of 'Local Reactions to Truce and Treaty'.

Booking is essential to 062 80520. The Tipperary Excel gratefully acknowledges the funding received from Tipperary County Council who helped to bring this project to fruition.

Annie told me also of their second upcoming event which features the "King of Waltz", André Rieu in his Summer Concert series.

"Titled 'Together Again' this is only available in Cinemas and the Tipperary Excel is delighted to be able to screen this event. André has handpicked his all-time favourite show tunes, operatic arias and dance numbers from stages around the world, featuring many performances never seen before on the big screen.

"He brings together performers from all over the world in one global spectacular to make you smile, sing and dance. Featuring performances from São Paulo, Mainau, Bucharest, Mexico City, Amsterdam, Melbourne and Istanbul, André Rieu invites you to come together again with friends, family and loved ones for a heart-warming concert on August 28th and 29th.

"We hope that you can join us for a spectacular night of music, song and dance in the company of the 'Waltz King' himself."