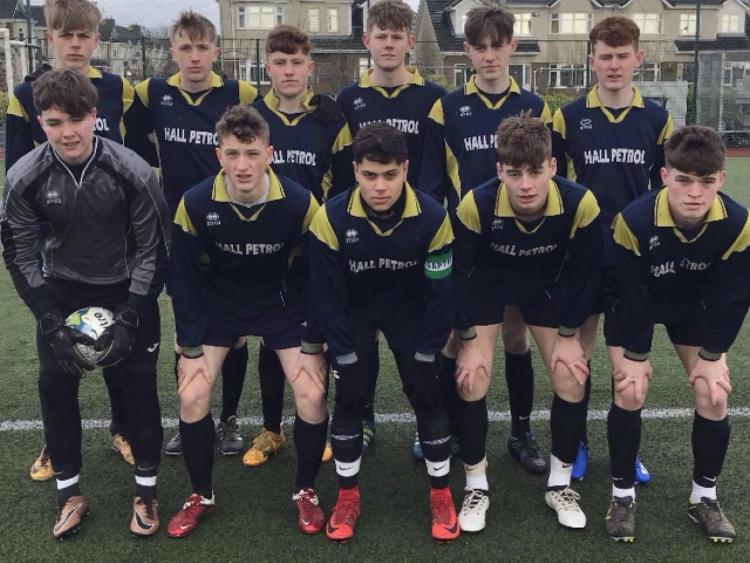 In an evenly fought first half at Annacotty, Co. Limerick, the Shannonsiders took the lead on 40 minutes when their centre forward got inside the CCS cover to finish calmly to the net.

After the interval, CCS changed their formation and started to dominate proceedings and were duly rewarded after 60 minutes when a great forward run and cross by Jak Hays was controlled and finished to the net by Dean Harding.

With the game up for grabs,  St. Caimin’s seized the initiative. A great diagonal ball from the St. Caimin’s left back got inside the CCS backline leaving their striker one on one with the Cashel keeper. Despite Adam Gallagher making a great initial save, he was powerless to stop the follow up.

CCS had 10 minutes to respond and decided to make two substitutions, both of whom had the desired effect. Firstly, Evan Hynes put a great through ball for Cian Bargary to tie up proceedings.

Literally in the dying minutes of the match, Sef Giwa won a penalty for CCS. Riain Quigley calmly slotted home the winner for Cashel to send them into the semi-final of the Munster Senior Cup against Mount Sion at Waterford Institute of Technology Arena on Wednesday 14th February at 1pm.