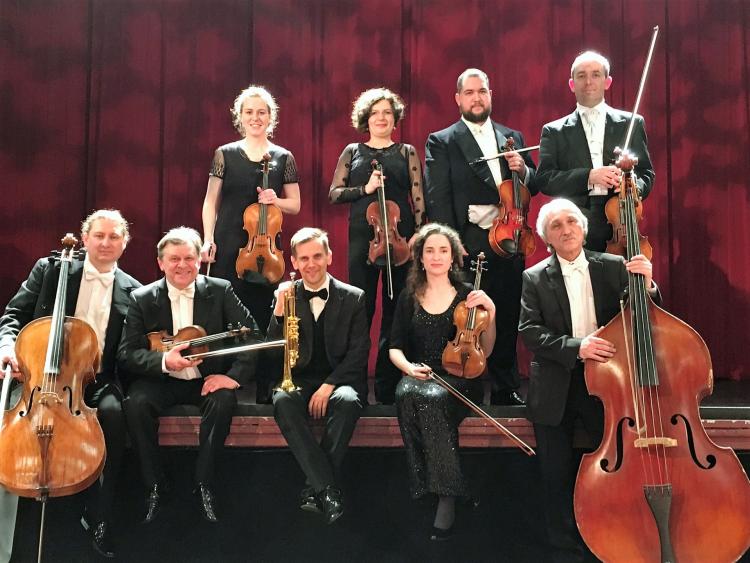 The Chamber Philharmonic Europe will perform at The Source Arts Centre on Saturday 07th April.

A professional string orchestra from Europe will play a concert in Tipperary next month.

The Chamber Philharmonic Europe, based in Cologne, Germany, will perform at The Source Arts Centre in Thurles on Saturday 07th April at 8pm.

The orchestra engages talented professional musicians from 18 European nations and the touring ensemble of nine players, including violin and trumpet soloists, will play a programme of classical favourites, including music by Mozart, Wolf, Schubert, Hummel and Neilson.

Since its inception, the Chamber Philharmonic Europe has been built upon a broad range of professional experience. In the interest of promoting the younger generation, the orchestra aims to provide promising artists the opportunity for further development in its various sections.

It is from this principle that the Chamber Philharmonic Europe is able to produce a creative work atmosphere over generations which inspires the ensemble with great motivation. The repertoire of the Chamber Philharmonic of Europe ranges from Baroque to modern. They are a professional and privately financed organisation, which also work with several charities. The orchestra periodically engages with various partners for benefit concerts throughout Europe.

This will be their first visit to The Source and their programme will most certainly appeal to a wide audience. The orchestra performs about 45 concerts per year and has made extensive tours to Switzerland, Sweden, Denmark, France, Netherlands, Great Britain and Ireland, during which the musicians have performed in many reputed concert halls and opera houses.

Violin soloist Michel Gershwin from Ukraine started violin and piano lessons at the age of three. At the age of 15,  he won first prize at the Republic of Belorussia Music Competition, later entering the Moscow Conservatory and gaining his doctorate. A winner of the Grand Prize at the David Oistrakh Competition in Odessa, he became soloist of the Minsk Philharmonic and later of the Leningrad Philharmonic.