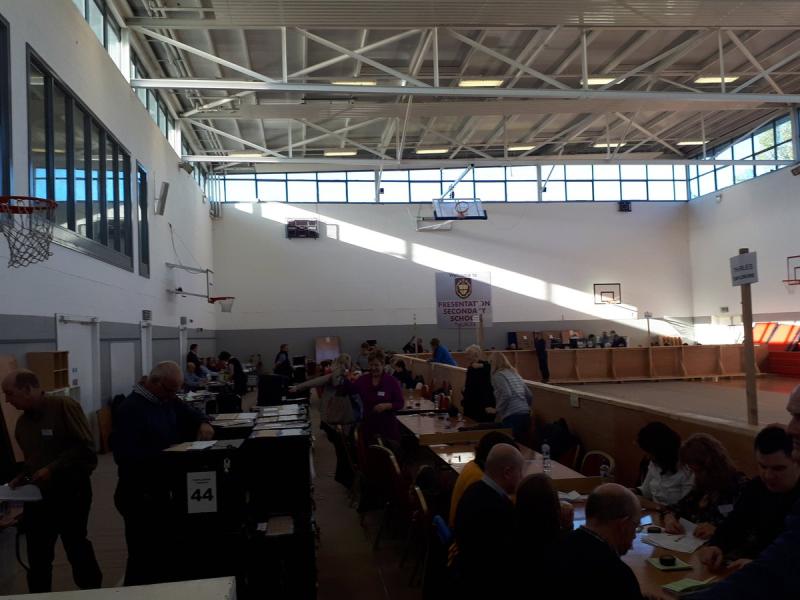 Tipperary Sinn Féin councillor Martin Browne has said his party will "learn a lot of lessons" from the Presidential Election 2018 campaign, while paying tribute to Michael D Higgins who looks set to be returned to office for a second term.

The exit poll also predicted Peter Casey will get 20.7% of first preference votes, Sinn Féin's Liadh Ní Riada 7.4%, Senator Joan Freeman 6.3%, Seán Gallagher 5.5% and Gavin Duffy 2.0%.The exit poll's margin of error is between plus or minus 3%.

Counting of Tipperary votes got underway at Presentation Secondary School in Thurles on Saturday morning.

Speaking to The Nationalist, Cllr Browne expressed his disappointment that the public didn't vote for party colleague Liadh Ní Riada as the next president of Ireland. "The pity is that we couldn't get the people to see the Liadh we see, the good person and good politician, in such a short space of time".

Cllr Browne attributed low voter turnout to a "disillusionment" among the public. "People didn't come out because the established parties were supporting Michael D and anyone outside of that was going to struggle to make an impact. The way the campaign turned out put people off voting and people were disillusioned by it all. The topics that should have been discussed were not discussed. The TV debates started well but usually just ended up with the Dragons' Den candidates arguing with each other.

"The likes of Liadh and Joan Freeman didn't get to put their views out there. The campaign went over the heads of most and that's because there is disillusionment with the whole political system. Struggling people just turned off when they saw the type of expenses that were coming out during the campaign. They are downtrodden and stayed away as a form of protest. It's up to the political parties to make sure people don't get disconnected like that," he continued.

Cllr Browne also hit out at Peter Casey for his remarks in relation to a number of Traveller families refusing to move into homes at the €1.7m Cabragh Bridge development because of a dispute with Tipperary County Council.

"I'm working with traveller families, and what Peter Casey said didn't help anybody - the general public or Travellers. He was considering pulling out when he didn't get enough traction out of his traveller comments, then he attacked social media and only last Tuesday he discovered Middle Ireland.

"This country doesn't need Peter Casey in politics, pitting one section of society against another. There are problems in the Travelling community, like there are problems in the settled community. Peter Casey will have forgotten Middle Ireland tomorrow. It worked for him but overall I dont think he's done us any service. Yes, he's opened a debate but lets sit down and have a civilized debate as reasonable adults, instead of raising fears in society by having debates in the general public," he added.