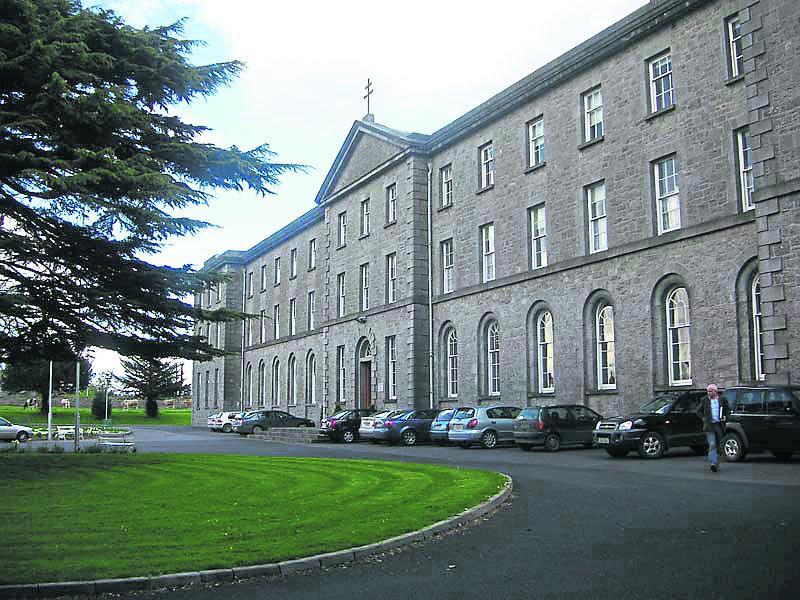 An allegation of bullying at St Patrick's College, Thurles some decades ago, by an anonymous source, will not damage the reputation of the third level institution which has just merged with Mary Immaculate College in Limerick, writes Noel Dundon.
The College enjoys a fine reputation locally and nationally and while most people accept that life in the former seminary was tough, there is also a widely held perception that student priests received very appropriate formation in advance of their Ordination.
When it ceased as a seminary fourteen years ago, due in the main to dwindling numbers of student priests, St Patrick's College had prepared more than 1,500 priests for Ordination.
A large number of former students of the college became priests and bishops in other countries as was the focus of the seminary for many years, such as Dr. James Byrne (Toowoomba, Australia), Dr. Lawrence Scanlan (Bishop of Salt Lake City), Dr. John Cantwell (first Archbishop of Los Angeles) and Dr. Thomas Flanagan (Bishop of San Antonio).

Others associated with Irish parishes include Archbishop of Cashel & Emly Dr Thomas Morris DD, Bishops Dr. Michael Russell, former Professor of Moral Theology as well as vice-president, and former college president Dr. William Lee of Waterford. Bishop Thomas Quinlan of Borrisoleigh spent over four years in the College before joining the Columban Missionary Society.
Canon John Hayes the founder of Muintir na Tíre studied in Thurles for a time. John Finucane, Home Rule MP for East County Limerick from 1885 to 1900 studied at the college, taking first honours in rhetoric, logic and metaphysic. The Nationalist MP for Tipperary South from 1900-1918 John Cullinan also studied at the college.
Current President, Rev Fr Tom Fogarty, who has just been appointed to the parish of Moycarkey Borris following the merger between St Patrick's and Mary Immaculate College in Limerick, is also a past pupil.
From 2011, teaching degree programmes at St. Patrick's College were accredited by the University of Limerick, and graduates from 2012 onwards were awarded degrees from the University. The degrees awarded were BEd with Irish and Religious Studies and BEd with Business Studies and Religious Studies. Graduates were registered with the Teaching Council of Ireland and were qualified to teach to Leaving Certificate standard.

And, in September 2015 a new deal was agreed which now sees the 3rd level institution work with Mary Immaculate College in becoming a linked provider to the Limerick Centre of Excellence. The incorporation into Mary Immaculate sees the college re-branded as MIC St. Patrick’s Campus, Thurles.
Under Fr Fogarty's watch the college has flourished and is now a bustling hub af academic endeavour. Over recent years refurbishments have taken place to lecture halls, tutorial rooms, library, old research library, computing facilities, playing pitch and the Refectory as well as to the colleges retreat and conference facilities, making St Patrick's an ultra-modern centre nestling in the distinguished surrounds of the heart of Thurles town.
Following the closure of the seminary in 2002, St Patrick's College continued to function as a centre for theological, pastoral and spiritual renewal in the archdioceses of Cashel and Emly.
The College, founded in 1837 has enjoyed tremendous support in the local community and has been opened up in recent years with many local events taking place there. It's reputation remains intact as a new chapter in it's history begins with Mary Immaculate College.
“The college has been a real focal point in Thurles for generations and has evolved with, and reacted to, the changing times. It remains an educational beacon of the highest repute,” a source said