Cuban Guitars for free at The Source in Thurles 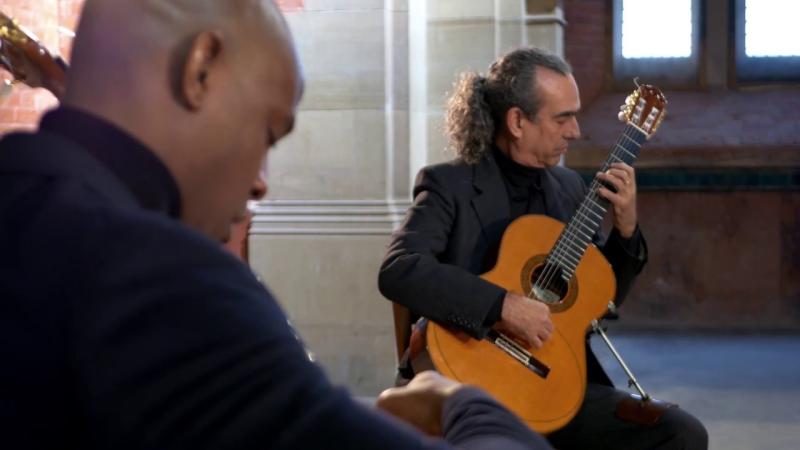 Advance tickets for all shows are available online at www.thesourceartscentre.ie

Cuban guitar maestros Eduardo Martin & Ahmed Dickinson perform their show The Bridge on Friday May 6 at the Source Arts Centre.

Tickets for over 60's are free as part of this years Bealtaine Festival which celebrates creativity in older age.

The show compiles some of Grammy nominee composer Eduardo’s most alluring works for two guitars. Prepare to listen to classical Latin styles merged with rock,  feel-good rumbas, funk-boleros and new age tunes in an eclectic mix of techniques.

Director at The Arts Centre, Brendan Maher says: “The free tickets for Bealtaine are aimed at encouraging people to come out an take a chance on an event they might ordinarily feel unsure about. It’s a great opportunity to take some time off, relax and hear some great music to boot.”

Advance tickets for all shows are available online at www.thesourceartscentre.ie  - or by phone on 0504 90204 or from the Box Office for free tickets.