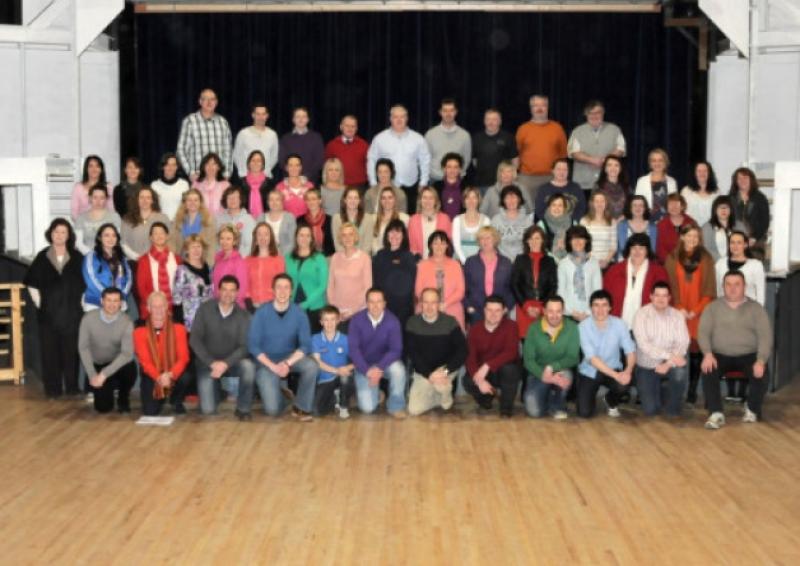 Thurles Musical Society will stage Titanic the Musical in the Premier Hall, Thurles from Tuesday March 19 to Saturday 23 in what is anticipated to be a spectacular piece of theatre.

Thurles Musical Society will stage Titanic the Musical in the Premier Hall, Thurles from Tuesday March 19 to Saturday 23 in what is anticipated to be a spectacular piece of theatre.

A company of more than 70 strong have been preparing for the hit show since just after Christmas and have worked very hard under the watchful eye of Director Peter Kennedy and Musical Director/Chorus Mistress Mary Rose McNally.

With music and lyrics by Maury Yeston and a book by Peter Stone the show opened on Broadway in 1997. It won five Tony Awards including the award for Best Musical. Titanic is set on the ocean liner RMS Titanic which sank on its maiden voyage on April 15, 1912.

The discovery of the wreckage of the RMS Titanic in 1985 attracted Yeston’s interest in writing a musical about the famous disaster. “What drew me to the project was the positive aspects of what the ship represented – 1) humankind’s striving after great artistic works and similar technological feats, despite the possibility of tragic failure, and 2) the dreams of the passengers on board: 3rd Class, to immigrate to America for a better life; 2nd Class, to live a leisured lifestyle in imitation of the upper classes; 1st Class, to maintain their privileged positions forever. The collision with the iceberg dashed all of these dreams simultaneously, and the subsequent transformation of character of the passengers and crew had, it seemed to me, the potential for great emotional and musical expression onstage.”

The high cost of Titanic’s set made it impossible for the show to have traditional out of town tryouts. Titanic’s previews began at Broadway’s Lunt-Fontanne Theatre in 1997 with major technical troubles: ironically, during previews the model ship onstage would not sink. These difficulties were mostly resolved by opening night, but the show received mostly negative reviews.

During the previews, the cast had feared the show would close. Nevertheless, the show became a surprise hit. Many credit at least part of the show’s success to former talk show host Rosie O’Donnell who championed the show, featuring members of the original cast on her daytime talk show and giving away tickets to members of her studio audience. The show got a further boost when it won the 1997 Tony Award for Best Musical among other awards. The release of James Cameron’s film Titanic in December 1997 helped fuel worldwide interest in the disaster.

There were seven Tipperary people on board the Titanic including a man from Thurles - Denis Corcoran who was a fire man. And, one of the Titanic survivors Katie McCarthy from Ballydrehid, just outside Cahir has a number of descendants on stage with Thurles - an amazing twist to a truly amazing story.

The show brings a huge challenge to the door of the Thurles society with particular emphasis on the Set and Stage Design team led by award winning Manager Tommy Sweeney - the sinking of the ship is worth seeing alone and will leave audiences in amazement at the work undertaken.

Ticketsare 15 Euro and 8 Euro for children. There is a special OAP rate on Wednesday evening. And, this year we have introduced a special deal for anyone bringing a group of six adults for all performances where they will be charged just the price of five. Twelve adults will be charged the price of ten tickets and so.

Tickets can be booked at Hickey’s Pharmacy, Liberty Square, Thurles - the booking office opened on Tuesday March 12th - or over the phone at 0504 21423.

Don’t miss this chance to see a really fabulous show on your doorstep.