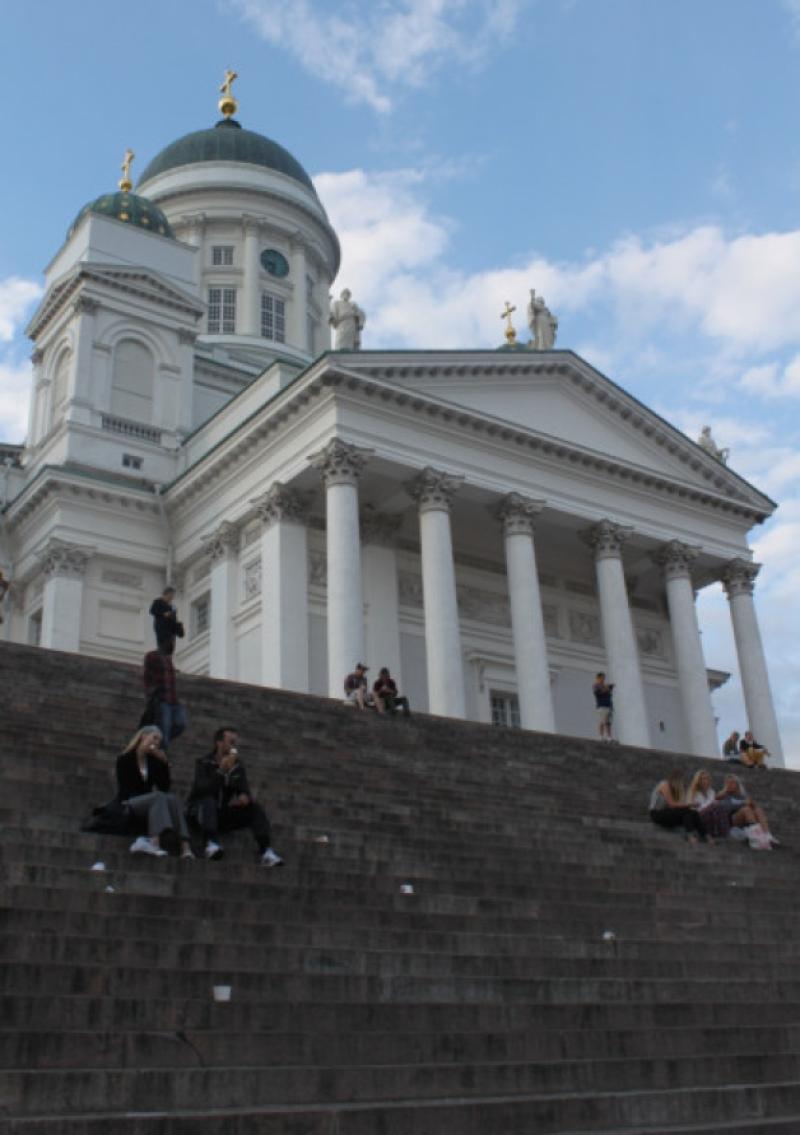 This is the first in a series of travel articles penned by Tara Power from Monadiha, Rathgormack near Carrick-on-Suir, who has begun a round the world odyssey.

This is the first in a series of travel articles penned by Tara Power from Monadiha, Rathgormack near Carrick-on-Suir, who has begun a round the world odyssey.

Tara, aged 25, will be visiting some fascinating and unusual destinations over the coming months

Her first stop is Finland’s capital Helsinki, which she writes about in this week’s issue.

From there, the past pupil of Scoil Mhuire, Carrick-on-Suir and UCD arts masters graduate will travel through Russia, visiting eight of its cities. Other destinations on her itinerary are Mongolia, China, and the totalitarian North Korea, for which she has secured a three-day permit. She will also visit south east Asia.

Readers can follow her adventures and travelling advice through her articles in The Nationalist and also through the photo sharing App: http://instagram.com/tarapower8.

My first port of call was Helsinki, Finland. A country known for Lapland, reindeer and cold weather.

My first impression of the city was that it was very expensive, which I had already experienced from another trip to Oslo in 2009. Scandinavia is widely known for being extremely expensive.

Prices for a starter in a restaurant start at an average of €10. The best meal I had while I was in Helsinki was at a Viking theme restaurant called Harald. The lunchtime special cost €9.50, which bought you a bowl of soup and a main course. A very generous amount of food for  the price.

Transport is also expensive. Prices for a bus ride start at about €4.50.

Luckily I picked up an all inclusive ferry, city bus and tram card for €30 at the airport. It’s a handy way of saving money and it makes getting around much easier.

Trams are one of the most popular modes of transport in Helsinki. My hostel, Cheap Sleep Helsinki, was right beside the tram line making it so easy to get in and out of the city every day. Prices at the hostel started at €17 per night. It was the perfect place for me to stay in the city.

The highlight of my trip was visiting a seaside fortress called Suomenlinna, located on an island just a 15 minute ferry ride from Helsinki’s Market Square. It was like being in another world, away from the hustle and bustle of Helsinki.

The island is a great day trip as it’s picturesque, relaxing and even has a tiny little beach, probably the tiniest I’ve ever seen. My lunch for the day was a reindeer meat sandwich, which is a popular meat to eat in Finland.

As for sights in Helsinki, two churches stand out as its most impressive buildings. First is the Helsinki cathedral located in the Senate Square area. It’s a Lutheran church that is beautifully decorated inside complete with a beautiful organ that could be heard from the Square.

The second cathedral worth visiting is the Uspenski Cathedral near Market Square next to the ferry docks. It has a very Russian feel with huge golden domes on the roofs. The interior is even more beautiful than the Helsinki Cathedral.

The downside was that it was swarmed with so many tourists it was hard to get a good look at everything.

Overall, I enjoyed my time in Helsinki but in the back of my head I was paranoid about spending too much money.

The necessities, even if you buy them in the local supermarket, are more expensive than the average Irish traveller would be used to.