Stunning start to Clonmel Junction Festival - and more to come 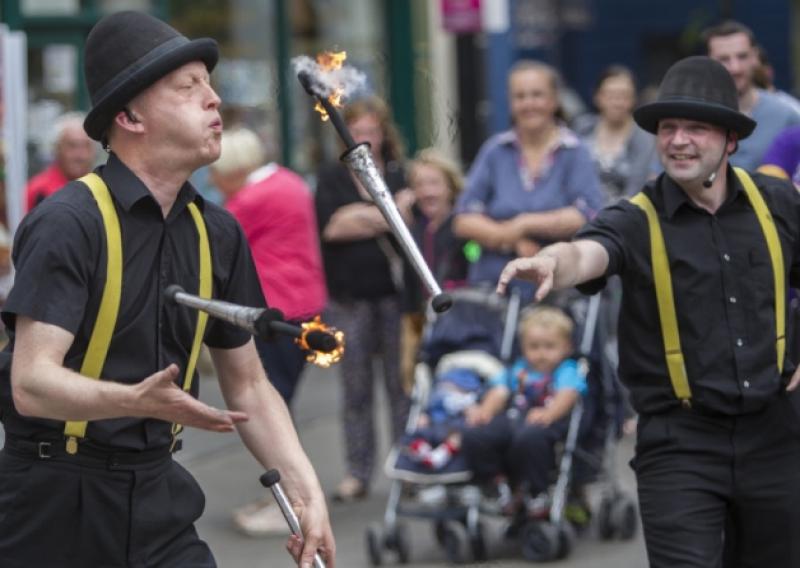 What an opening weekend for Clonmel Junction Festival with even the weather gods blessing the festival with plenty of sunshine.

What an opening weekend for Clonmel Junction Festival with even the weather gods blessing the festival with plenty of sunshine.

Author and historian Kevin Myers had the audience in the palm of his hand on Friday in the Main Guard, drawing on his acclaimed book ‘Ireland’s Great War’ to speak about the forgotten contribution of Irish soldiers to World War 1. It proved a fascinating and insightful for an inquisitive audience.

Dervla Murphy proved hugely popular as well with demand for her ‘in conversation’ event outstripping availability, resulting in a venue change (Hotel Minella) and more satisfied readers and book lovers.

Meade, herself, had cause for celebration, having enjoyed a busy week which included a performance on the Seán O’Rourke Show on RTÉ Radio 1.

The award-winning Catalpa, celebrating its 20th anniversary, was performed by Donal O’Kelly in the White Memorial Theatre on Sunday night to a near full-house. Catalpa was performed at the very first Junction Festival in 2001 and was the inspiration for Bernard Colclough’s Italian restaurant of the same name, a long established favourite for Clonmel foodies.

Colclough, a Waterford man, took inspiration when he first saw the original production of Catalpa by Waterford theatre company Red Kettle many moons ago.

Early Doors, which began its five night run on Raheen House on Sunday, describes itself as a theatre show with a difference, in that there’s no stage. Instead, the action happens in the pub and for the festival run, Clonmel venues include Moran’s, Baker’s, Hillview Sports Club and Mulcahy’s.

Sunday night in Raheen House made for great entertainment and encapsulated all that’s great about pub culture including the one-off characters and ‘the pub’ as the stage for local news, gossip, craic and drama.

The best theatre as we know has great story-telling at its heart and The Man In The Woman’s Shoes, Charolais and Near Gone represent the best of its kind in Ireland and internationally.

Junction Festival caters for the younger audience with great family shows that include Overture (kindly sponsored by The Showgrounds) and Wobbly Circus. Forever Young and Belonging(s) are very special street theatre and visual arts pieces that have local teenagers as co-creators with professional international artists. The Clonmel teens involved in Forever Young and Belonging(s) are surely destined for big futures.

Clonmel Junction Festival is a feast for the eyes and ears. Indulge while it lasts!