Mick Delahunty remembered in a special way in Clonmel 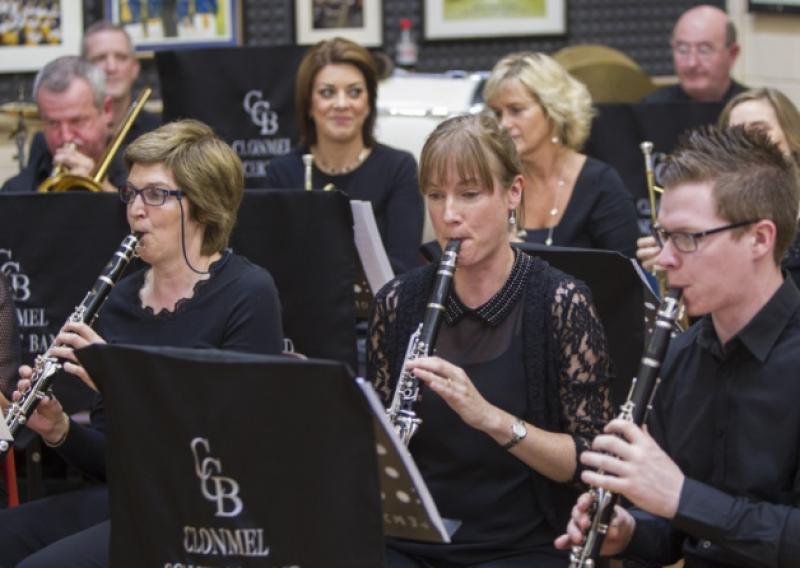 A fitting musical tribute to the memory of the late Mick Delahunty, Clonmel’s renowned band leader took place on Sunday.

A fitting musical tribute to the memory of the late Mick Delahunty, Clonmel’s renowned band leader took place on Sunday.

This year marked the 100th anniversary of his birth and Banna Chluain Meala organised a gala concert as a celebration of his life. An outdoor concert was planned at Mick Delahunty Square but as the promised break in the clouds had not yet arrived, the recital had to move temporarily indoors to the Band Hall.

The Clonmel Concert Band, whose musicians are mainly former Banna members opened the proceedings, conducted by Danny Carroll. Their performance was greeted enthusiastically by the capacity crowd. This session closed with a selection of Mick Delahunty’s favourite tunes played by a specially-organised quintet, fronted by Tony O’Keeffe playing Mick’s saxophone, which is on permanent exhibition at the nearby County Museum and which was kindly made available for the occasion. The other members of the group were Paddy Byrne, former trumpet player with Mick’s band, playing keyboards; Michael Delahunty, son of the Maestro on guitar and who played in his dad’s band; Bob Hall on bass guitar and Paul Lyttleton on drums.

The special guest band was The Band of the First Brigade, Cork who took the initiative to set up outdoors when the weather improved and whose performance was very well received by the very large crowd. Their conductor, Captain Brian Prendergast gave special mention to Keith Greene, former Banna member who played and sang with the band, and also Emmet Donlan, a current Banna member but full-time member of the army band who also sang and played.

The final performance of the afternoon was from Banna Chluain Meala with a varied selection of music, conducted by Peter Taylor. The band’s Colour Guard, stylish young dancers and flag bearers, greatly enhanced the performance and were a credit to their instructor Majella Hewitt Forte. The band also played a short selection from their recent All-Ireland- winning Field Show ‘As The Last Petal Falls’, conducted by Alan McCormack.

The County Museum played a major role in this wonderful afternoon by organising an extended display of Mick Delahunty- associated memorabilia and a marvellous illustrated presentation by Denis O’Sullivan on his life and times, with some rare film footage. Denis was assisted by Donal Wylde in compiling this material.

The afternoon’s entertainment was a fitting tribute to one of Clonmel’s most famous sons and will help to perpetuate his memory. Mick’s family and extended family, including the family of his brothers Jackie and Paddy, were very appreciative of this gala event, which recalled those glorious dance band days.