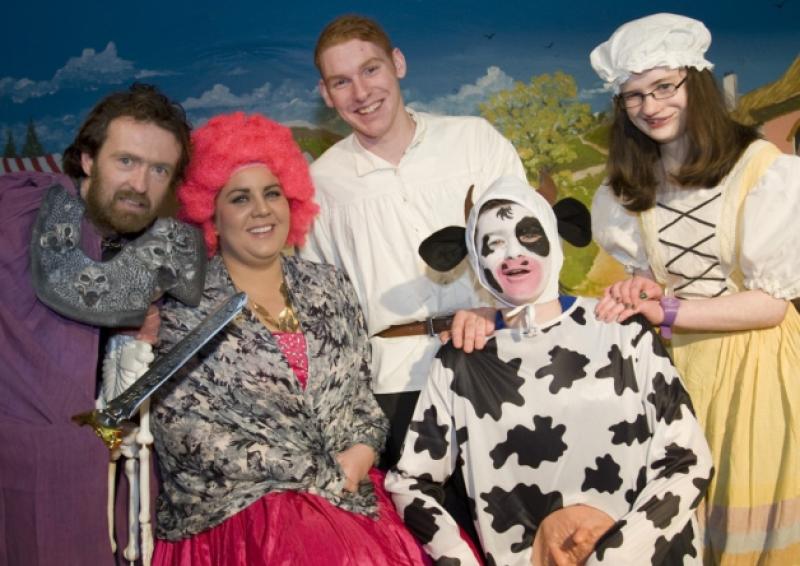 Halla na Feile is a hive of activity at the moment as Cashel Pantomime Society members beaver away in preparation for their upcoming production ‘Jack and the Beanstalk.

Halla na Feile is a hive of activity at the moment as Cashel Pantomime Society members beaver away in preparation for their upcoming production ‘Jack and the Beanstalk.

This year’s show, by kind permission of Brian Flynn, will be staged in the Halla on Thursday, Friday and Sunday, January 16th, 17th and 19th at 8pm, with matinees on Saturday and Sunday at 2.30pm.

This ever-popular pantomime tale tells the familiar story of Jack, a young man who trades his cow for some ‘magical beans,’ much to his mother’s dismay. But the beans really are magical and from them sprouts a huge, magical beanstalk that leads Jack to the home of the giant and to much adventure!

According to chairperson Tricia Shelley the twice weekly rehearsals, which began in September, are going brilliantly and since resuming after the Christmas break, which was short lived anyway, rehearsals now go ahead four nights a week and on Sundays.

The eight main cast members and twenty two strong chorus line are mainly made up of young panto society members, most of whom would have had stage experience (thanks to the wonderful Cashel Community School musicals) but are new to Cashel panto.

It’s hard to believe, but this show is the society’s 32nd pantomime! It is being directed by Maria O’Shaughnessey, who would have cut her thespian teeth on the Halla stage with the society.

Musical director of ‘Jack and the beanstalk’ is James McGrath, from Freighduff, and we are reliably informed that this year’s show contains a lot more musical entertainment than previous years!

Choreography is by Leah Skelly and as have become normal in recent years, Anne O’Dwyer’s graceful dancers will also feature in the much anticipated show.