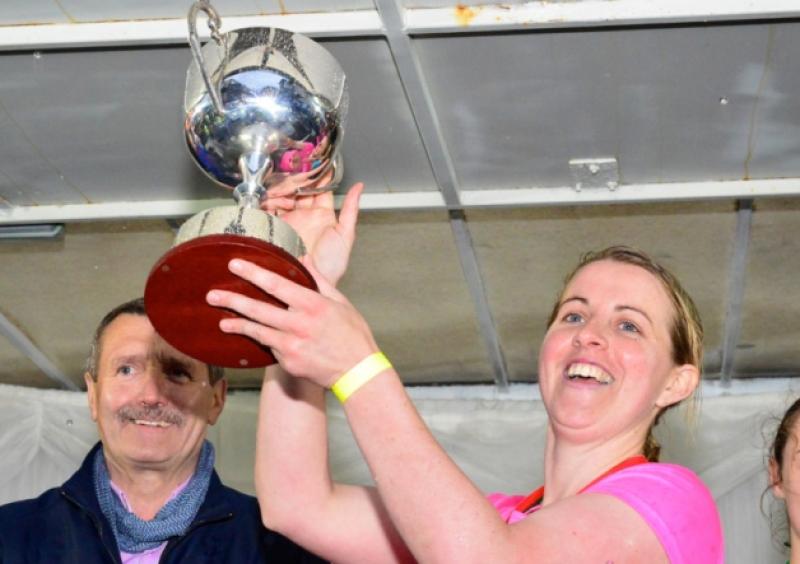 The All-Ireland Churn Rolling Championships 2015 took place in Tipperary town over the weekend with enthralled spectators enjoying the amazing spectacle.

The All-Ireland Churn Rolling Championships 2015 took place in Tipperary town over the weekend with enthralled spectators enjoying the amazing spectacle.

Crowds flocked to Tipperary town with an estimated 3,000 spectators over the two nights to watch a sport that was created for the Tipperary Festival of 1964. From the moment the churns hit the ground and were raced at speed up the Main Street the crowds cheered loudly for a sport they knew was not to be seen anywhere else.

The semi-finals took place on Friday evening with perfect conditions for the gruelling 100-metre sprint and exhibition races by the young milk-maids trying not to spill a drop while charging up Main street with a glass of milk balanced on a tray.

The finals took place on Saturday evening in the pouring rain. There was a dramatic increase in the number of ladies participating with two sisters facing each other in the Ladies finals. The ultimate family rivalry between Michelle Shortt-Woodlock and Therese Shortt from Upperchurch, Co Tipperary lined up at the starting point alongside Geraldine Kinnane, Drom & Inch and Violet Ryan from Cordangon.

Piper Kathleen Fitzgerald, from the Liam Lynch Pipe Bank in Anglesboro, sounded a note or two that, for just a moment, brought a solemn note to proceedings, as churn rollers male and female prepared to battle for the titles of Churn Rolling Champion.

Slippery conditions underfoot and slick churns made handling more difficult but the athletes who had trained for months for this moment focused on the finishing line.

In the ladies final Geraldine Kinnane claimed victory with Violet in second place with the two sisters Michelle taking third and Therese in fouth place.

The sport made the headlines recently when the match programme for the Munster semi-final between Tipperary and Limerick revealed that RTE GAA correspondent Marty Morrissey was churn rolling’s first-ever ambassador. When Marty first witnessed churn rolling he said: “This is unbelievable! The speed of it and the control. I don’t think there is anything quite like it, never mind in Ireland but indeed abroad. It is pure and utter skill.”

The Tipp Churn Rolling Association thank and acknowledge the many people whose work, dedication and commitment made this year’s event a great success.