Football is for all at Clonmel Town 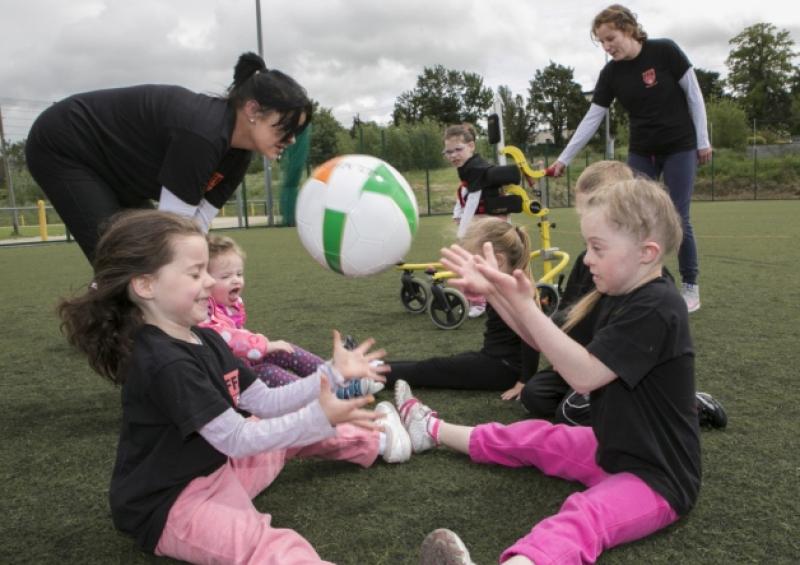 Wheeling away in joy after scoring a goal is a special feeling and nowhere is it celebrated with as much emotion as in Clonmel Town on Saturday afternoon.

Wheeling away in joy after scoring a goal is a special feeling and nowhere is it celebrated with as much emotion as in Clonmel Town on Saturday afternoon.

During a ‘Football For All’ session the dreams of young boys and girls are realised as they experience the excitement of scoring a goal,playing together and meeting their friends.

For all the players taking part is the achievement, as the they have had to surmount serious life challenges just to make it onto the pitch.

The group is all about inclusiveness and fun and has proven to be a wonderful success for children, their parents and families.

It provides a sporting and social outlet for children with autism, the visually impaired, cerebral palsy, spina bifida, Down Syndrome and Asbergers.

When it was started by two Clonmel Town coaches Chris Boyle and Ciaran Kennedy,the hour long session attracted about eight children, which has now grown to over twenty in a very short space of time.

“It is wonderful for everybody the children and the parents, it’s all about being included in your own community and that is what makes this initiative very special,” said Sandra Gibbons whose son Daniel really enjoys the fun of taking part.

Another mother Dr. Bernadine Rochford,whose son Jack enjoys the hour, was full of praise for the two coaches who started off the project.

“They are two great guys,it’s fantastic for the children and they encourage parents and brothers and sisters to get involved which is brilliant,” she said.

Jane Murphy, a mother of seven year old Erin who has cerebral palsy and takes part in the game with the assistance of her walker,said Erin looked forward to the hour long session all week.

“It’s fantastic for Erin, she loves going after the ball and it’s fun,” said Jane.

The parents who bring children to the Football For All session said it was very difficult for children with special needs to access clubs and play sport which is why the project was so popular.

Rian Condon Walsh is another boy who loves the hour of fun.”He loves football, he was Clonmel Town supporter of the year two years ago,He goes to all of the matches and it’s great to see the club do something like this in the community,” said his mother Jeanette.

Coach Chris Boyle said they set out to make sure everybody enjoyed the hour.

“It’ a lot more than just football.As part of the year long course we did through the FAI/VEC we did a  model on disability in sport and the idea took off from there.We were encouraged by the FAI to start something up and Clonmel Town supports us in this project,”  he said.

Coach Ciaran Kennedy said they were delighted with the success of Football for All and thrilled that it was being taken up by so many children and their parents.

“Today we had a team from Cahir visiting us and we will be going off to play teams in other towns,It’s all about fun and including everybody,” said Chris.

The session takes place at Clonmel Town from 1to 2pm every Saturday.