Ghosts - scaring up a fan base with music festival show 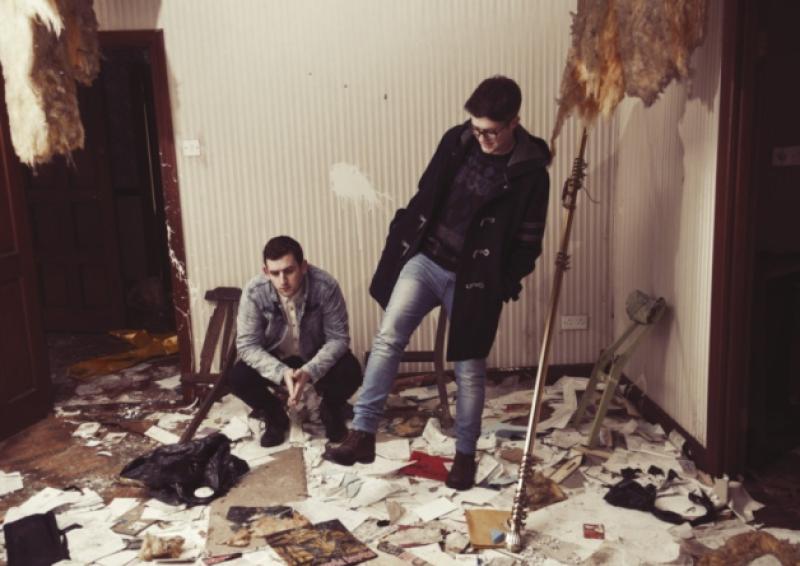 Two creative young men from Cashel are fast making their mark in the world of music recording and performing.

Two creative young men from Cashel are fast making their mark in the world of music recording and performing.

Friends since their schooldays at Cashel Community School, Paudie and Kevin are first and foremost interested in music production, but as talented musicians they have ‘accidentally’ found success in a slightly different part of the musical world.

Ghosts perform a form of ‘electronica’ dance music, but they also play their own instruments and sing over the production, which creates their unique sound and performance style - a sound and style that has already caught the eye of the music industry with The Ticket in the Irish Times describing them as “superb” with “a really strong suite of releases.”

Their latest EP was called ‘WLVS.’

Paudie, who is 20, and Kevin, 21, formed Ghosts while still at Cashel Community School. A year older, Kevin has just graduated from Pulse College in Ringsend, Dublin, where Paudie is also a student of the same course - BA in music production.

The lads have always recorded music since they first got together - Kevin has his own studio over his dad’s garage in Cashel. As well as his technical abilities he can also play about 20 instruments!

Paudie also spends his life around music, according to his mother Tess. “I bought him a guitar when he was 11 or 12 and I haven’t seen him since!” she told The Nationalist. He also taught himself to play the piano “They both just love music,” she said.

Gigging around Dublin in well known venues such as The Button Factory and the Twisted Pepper, Ghosts almost made it on to the playbill for the Electric Picnic last year, but they had to wait until this summer for that coup, and got a great reception. “They got into it by accident. They really are into producing, started this as a sideline and it has taken off,” according to Tess, but, she adds, they are very happy with their success.