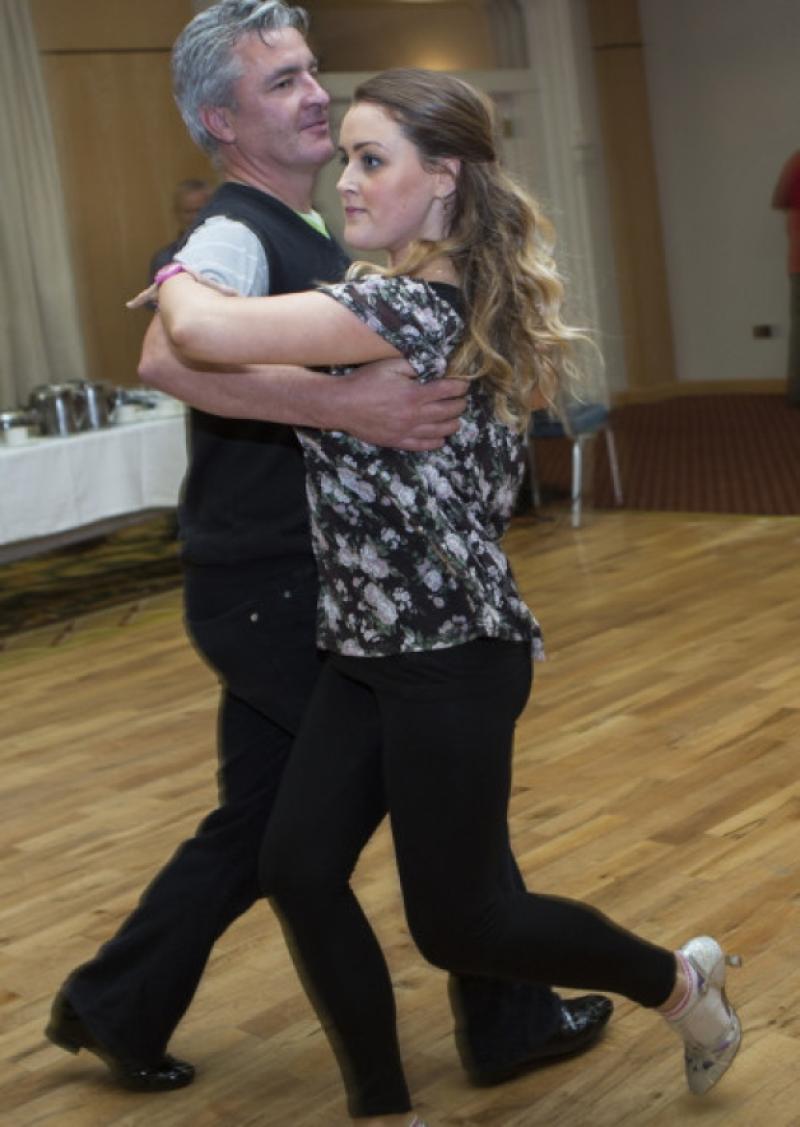 Following the success of 2012 and 2011’s Strictly Come Dancing, which raised over €25,000 for The Barrettstown Camp and The Alzheimer’s Society, the same group have come together once more to put their blood, sweat and feet on the line, this time for the Clonmel branch of the Chernobyl Children’s Project.

Following the success of 2012 and 2011’s Strictly Come Dancing, which raised over €25,000 for The Barrettstown Camp and The Alzheimer’s Society, the same group have come together once more to put their blood, sweat and feet on the line, this time for the Clonmel branch of the Chernobyl Children’s Project.

The premise for the competition is simple but exacting. Ten dancers with 20 left feet between them who have never danced, except when they do the odd-foot shuffle at weddings, are paired up with ten dancers who take their rumbas quite a bit more seriously. The experts train and choreograph the newbies. They cajole them, they hurt them, they emotionally exploit them and they bring them to a standard that they and their families would never have thought possible.

Then on Friday, October 4 at Hotel Minella in Clonmel, in front of an audience of hundreds, they dance their little socks off like they’ve never danced before. And, most importantly, they do this all for a good cause. Alzheimer’s and dementia must have touched almost every home in Ireland and the support that the society gives is immeasurable.

Like all charities, the Chernobyl Children’s Project has seen a downturn in income in recent years. Recently they have decided to change the focus of their operations. Previously they brought children from Belarus to Clonmel for a holiday with a host family. This year they are focusing their attentions on the Vesnova project and, more specifically, to raise funds to repair houses that have been damaged due to recent storms and that were lived in by severely disabled people.

This year’s dancers have been ankle deep in preparation over the whole of the sweltering summer. This year’s couples are Clare Condon, coached by David O’Gorman dancing the foxtrot; Arthur O’Donnell and Joan Leahy who will be jiving; Maria Gleeson and Pat Casey dancing the quickstep; Margaret O’Dwyer and Tom Ryan will be doing the cha cha cha; Michael McGuane and Brid Wilkinson will do the slow waltz; Michelle Moloney and Donncha Doyle will take us to the 20s for the charleston; John Ryan and Laura Moloney will also quickstep; 2011 winner Ruth Quinn and Pat Treacy will dance the Paso Doble; Nikki Cleere and Shane Lawlor are also jiving and last year’s winner Leah Morrissey and Keith Greene will dance to some rock and roll. Tickets for the event are available from Better By Nature in Market Place, Clonmel; The Heritage in Cahir or from any of the dancers.