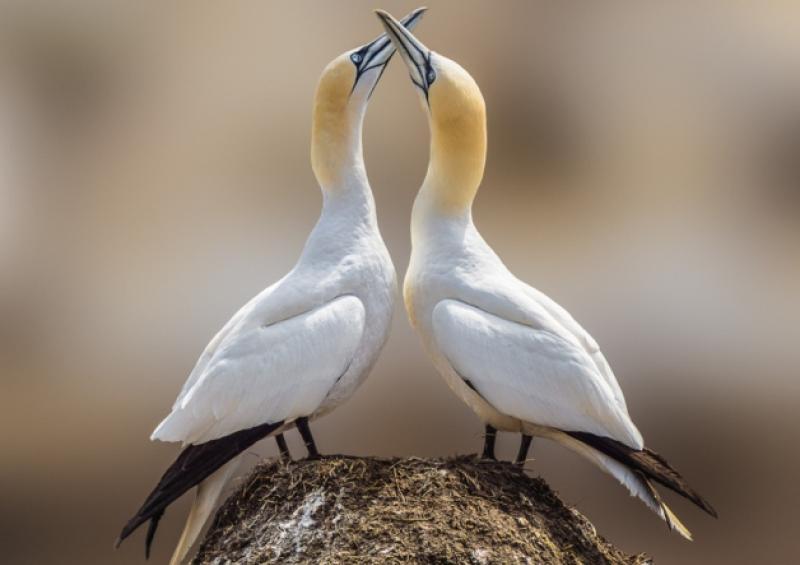 A Carrick-on-Suir Camera Club photographer has won a national award for his nature picture of a pair of gannet birds engaging in a mating ritual.

The photo was taken during a Carrick Camera Club outing to the Saltee Islands off the Wexford coast.

Patrick from 7 Castleview, Castle St., Carrick-on-Suir beat off competition from 207 other entries from camera clubs all over Ireland to win the award. Carrick Camera club also did well in the contest and was ranked 7th in Ireland out of 27 clubs affiliated to the IPF.