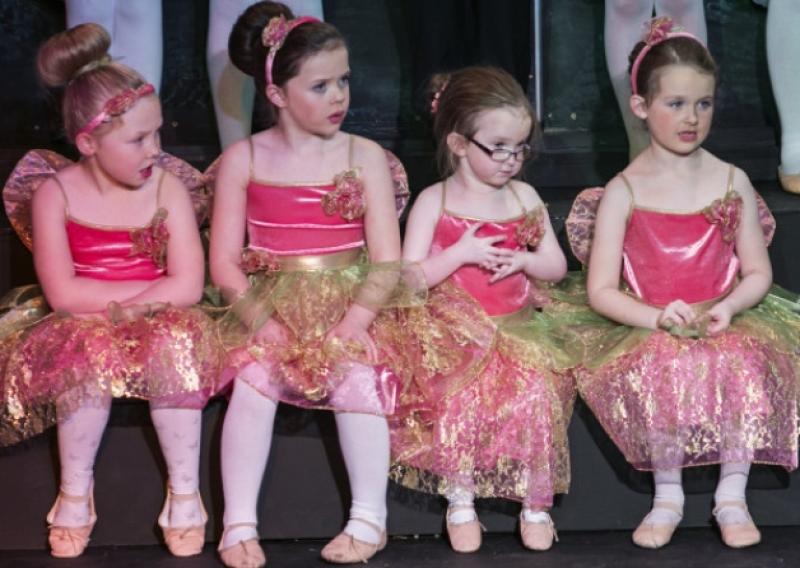 Entertainment to suit all ages and tastes - that’s the most appropriate way to describe St Mary’s Choral Society’s production of ‘Cinderella’ in Clonmel’s White Memorial Theatre.

Entertainment to suit all ages and tastes - that’s the most appropriate way to describe St Mary’s Choral Society’s production of ‘Cinderella’ in Clonmel’s White Memorial Theatre.

From the very young to the more senior patrons, it had something for everyone - beautiful music, side-splitting comedy, wonderful dancing, remarkable costumes - and all brought together in a true triumph for Gillian Hewitt-Fitzgerald in her director’s debut.

Gillian doubled up as choreographer and her previous experience in that role was evident in some stunning dance routines for which the dancers of all ages deserve great credit.

Laura Cotter as musical director/chorus mistress; Bethan Cairns as dance captain, Kay Sheehan as stage manager, Margaret O’Sullivan as assistant to the director, Robert Donlan as properties manager and Mary O’Mahony and Shirley Conway as costume assistants all showed how vital the backstage preparation is to what the audience see before them so a well done to all.

It was the society’s 114th production since its first in 1940 - and first panto in 33 years - and the good news is that it’s certain that there’s much more to come with the depth of young talent that is brought on stage for each production.

It was no different in this panto with the children among the real stars of the show. Highlights included ‘Let it Go’ from the hit show ‘Frozen’ with remarkable singing; ‘Somewhere out There’ from Cinderella’s friends, the little mice; and the Seven Dwarfs doubling up as water meter installers.

The society has been introducing young performers into its shows for a number of years now and it is paying handsome dividends.

One shining example is Presentation School student Ciara Laste who was outstanding in the lead role of Cinderella. The sixteen year was a natural on stage, with great presence and a lovely voice, heard to great effect in ‘On My Own’ from Les Miserables and Abba’s ‘I Have a Dream’.

And another product of the society’s youth policy was her Prince Charming, Emmet Donlan. whose musical pedigree not only includes a long list of society shows but membership of Banna Cluain Meala and local swing band the Pearly Whites. He nearly brought the house down with his version of Ed Sheeran’s ‘Thinking Out Loud’.

Comedy is at the heart of panto and bringing the house down in every scene in which they appeared were the ugly step-sisters Steak and Kidney, played by Diarmuid Vaughan and Kevin Fahey. You cannot ‘over-ham’ these roles so the two youngish ‘veterans’ of Clonmel musical and dramatic stage productions gave it wellie. They were hilarious in their ill-fated attempts to deny Cinders her prince and keep him for themselves, and in their appropriate version of ‘I’m a Single Lady’.

And of course they were encouraged in their efforts by their mother, the well endowed Baroness Delilah played brilliantly by George Barry. He now has that facility to draw laughs just by making an appearance on stage.

And of course with a name like ‘Delilah’ and the presence of another veteran Timmy O’Dwyer in the cast, it led to an inevitable conclusion with Timmy’s ‘Major Domo’ serenading the Baroness with a thundering version of the Tom Jones hit with which he has become synonymous.

‘Over the top’ is a panto prerequisite and no one embodied this more than Sheena Fennessy as the bouncing, prancing and irresistible ‘Dandini’, who brought a laugh with every dancing entrance - and with her unfathomable desire for Diarmuid Vaughan’s ‘Steak’.

Other great performances came from James O’Donovan as ‘Buttons’, David Hughes as Baron Park (!), the hen-pecked husband of the Baroness; Olwyn Grogan as the Fairy Godmother, Becca Laste as Baroness Beauty, and a special mention for Alison Condon, making her debut as Cinderella’s friend ‘Sally’, who honed her skills in Stagecraft Youth Theatre.

Society chairman Noel Cairns also brought a more present-day role to the panto with a guest appearance from the Brendan O’Carroll character Agnes Browne, for whom the slipper didn’t fit - anyway “that’s nice”.

The show was a stunning success and whets the appetite for the the society’s next production, ‘Man of La Mancha’, which runs from April 25 to May 2. Don’t miss it.