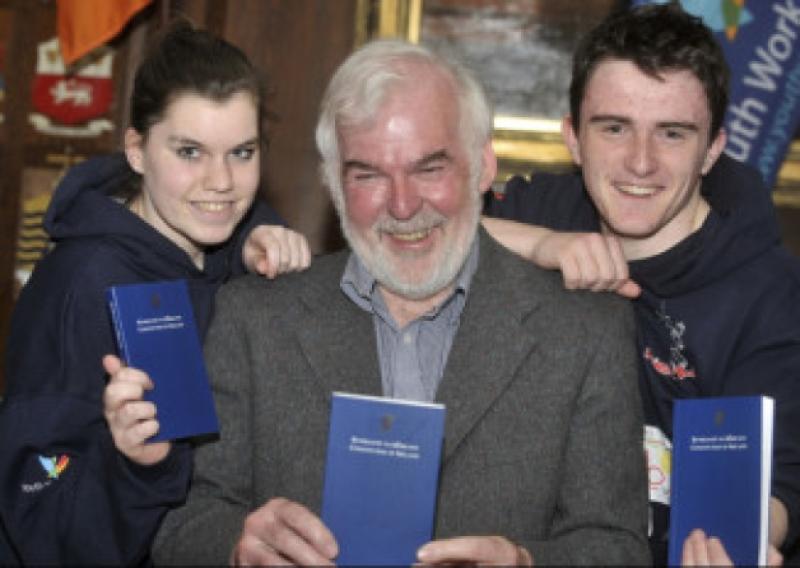 Youth Work Ireland held a â€˜Childrenâ€™s and Young Peoples Constitutional Conventionâ€™ to ensure young people under-18 can feed in to the deliberations on constitutional change.

Youth Work Ireland held a â€˜Childrenâ€™s and Young Peoples Constitutional Conventionâ€™ to ensure young people under-18 can feed in to the deliberations on constitutional change.

â€œThe organisation has worked with local youth services and projects around the country to organise the high profile event to bring young peopleâ€™s views directly in to the Convention,â€ said Tom Arnold, Chairperson of the Constitutional Convention.

The organisation expressed disappointment that the Government could not include under 18â€™s in the exercise consistent with its own Childrenâ€™s Strategy and the U.N. Convention on the Rights of the Child. Representatives from Tipperary attend the convention through the Tipperary Regional Youth Service with Robert O Donnell, from South Tipperary Comhairle Group chairing the event.

Ethan McGrath, aged 16 from the Abbey CBS School Tipperary town was on a work placement with Youth Work Ireland and documented his experience attending the convention. â€œAnticipation and excitement was buzzing in the air and in the minds of all who attended the Constitutional Convention at the mansion house in Dublin. We were discussing making changes to different articles in the Constitution of Ireland. All of our thoughts were heard; each and every one, no matter how life changing or silly they were. We were all listened to as equals. The big issues like voting at 16 or seventeen and the right to gay marriage were passed with a massive majority. The role of women in politics was deeply debated and it was felt that it was essential that women are equally involved in politics as men.

We hope that when the actual convention takes place the people involved will listen and consider our views on the issues we debated. I feel our efforts will go along way in how our County will be led in the future as it will be us, the young people of today, who will be leading in the future.

The young people voted on the eight areas as outlined in the National Convention the voting was overseen by Tom Arnold and the results are as follows:

Review The DÃ¡il electoral system: 34 votes for and 6 against

Amend the clause on the role of women in the home and encourage greater participation of women in public life: 46 votes for and 0 against

Reduce the Presidential term of office to 5 years and align it with the local and European elections: 4 votes for and 42 votes against 42

Removal of the offence of blasphemy from the Constitution: 25 votes for and 19 against

Increase the participation of women in politics (by quotas or intervention):18 votes for and 25 against

Give citizens resident outside the State the right to vote in Presidential elections at Irish embassies: 28 votes for and 14 against

Provide for same-sex marriage: 45 votes for and 1 against

â€œAt the end of the day we packed up our belongings and left the mansion house with broader, more open and accepting minds,â€ said Ethan McGrath.