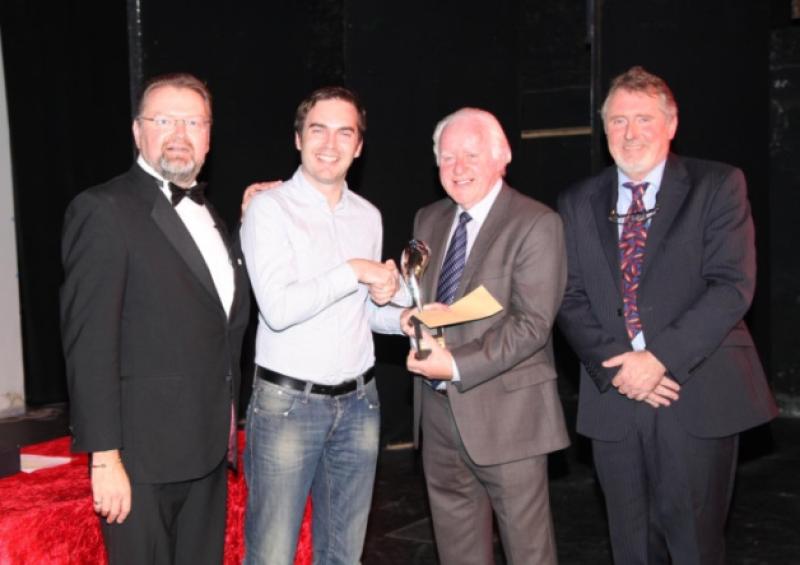 The organisers of Carrick-on-Suir Music Theatre Festival plan to extend it to a three-day event next year following the resounding success of the inaugural festival last weekend.

The organisers of Carrick-on-Suir Music Theatre Festival plan to extend it to a three-day event next year following the resounding success of the inaugural festival last weekend.

Wexford Light Opera Society nearly swept the board, scooping all but two of the Festival awards, including the overall prize, for their outstanding variety show â€œA New Worldâ€ performed on Saturday night.

The local entry won second place in the overall competition and was also awarded the Best Moment of Theatre gong.

The other big winners of the two-day Festival were the people and businesses of Carrick-on-Suir.

Festival Committee Chairman Padraig Sheehan reported the visiting musical societies brought a lot of business to the town. The Carraig Hotel was booked out as were local B&Bs and local restaurants and pubs did a â€œroaringâ€ trade over the weekend.

Above all, the Festival brought first rate entertainment to the Strand Threatre from some of the countryâ€™s best amateur music theatre groups .

Two of the competing societies, Wexford Light Opera and St Michaelâ€™s of New Ross won the top Gilbert and Sullivan Section prizes respectively at this yearâ€™s Association of Musical Society of Ireland(AIMS) awards.

Songs and scenes from The Producers, Les Miserables, Chess, Billy Elliott, Jersey Boys, Ragtime, Carousel and Miss Saigon were among the highlights.

And Carrick Musical Societyâ€™s 50-minute long condensed version of the 100th show â€œWestside Storyâ€ featured many of that showâ€™s favourites such as â€œI Feel Prettyâ€, â€œAmericaâ€ and â€œSomewhereâ€.

Padraig Sheehan said the after-show cabaret contest in the Strand Theatreâ€™s bar on both nights was also a big success and added to the craic and enjoyment of the festival for visiting music theatre groups and locals.

He believes Carrick Music Theatre Festival has a winning formula that is attractive and cost effective for musical societies to take part.

â€œSets are not allowed and only walk on props can be used while lighting and sound is provided by the Festival. The competition scoring system is focused on entertainment value.â€

Alongside this, the local business association provided discounts for competitors for food in local restaurants, accommodation and drink in the festival club. Participating societies were also granted â‚¬1000 towards their competing costs.

Before announcing the award winners on Sunday night, he gave the festival a big endorsement. â€œI would honestly like to say I think this is a fantastic festival. I think it should grow and grow and more groups should compete and have people come and see them and be royally entertained. That is what entertainment is all about.â€