Junction Festival - entertainment for all 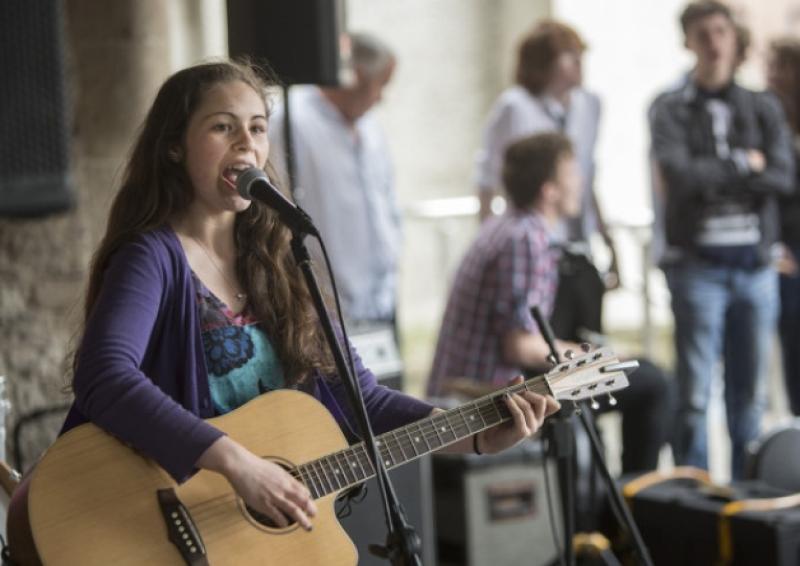 Clonmel Junction Festival opened on Friday with an explosion of bubbles, music and laughs.

Clonmel Junction Festival opened on Friday with an explosion of bubbles, music and laughs.

Michele Cafaggi, the man behind Omino and no doubt Italyâ€™s finest bubble magician gave a teaser of the wonderful tricks he can do with bubbles.

The event was overseen by the Under the Arches MC DJ Dantastic, who lived up to his nickname and be here for the whole week of the festival to oversee all the free lunchtime entertainment. A highlight of the first weekend was â€˜Orfeo And Eurydiceâ€™ in Old St Maryâ€™s Church, a performance that the packed attendance enthralled in such an atmospheric setting.

I DO: RAHEEN HOUSE HOTEL

Don your button-hole, down a glass of bubbly and join Dante or Dieâ€™s eleven-strong cast to voyeuristically peek into the lives of a wedding party as the big moment looms nearer. Divided into six groups, you will discover the twists and turn in the plot in a different order, seeing the same ten minutes replayed in each of the rooms, where you will experience that moment in time from each characterâ€™s point of view.

Casus is Australiaâ€™s hottest new circus company. A choreography of the limbs, a performance spectacular if ever there was one, yet it is also modestly contained and understated.

These performers are athletic, artistic, even poetic, with their abundance of creative energy they present an exhibition of skill, control, poise, passion and power in a performance that will leave you breathless.

As the French are getting ready for their annual Bastille celebration on 14th July, Junction Festival have teamed up with Clonmel Garden Centre for Vive La France! a very special French night of fine food and festive music,

This will be the feature festival concert by La Marmaille, who follow in a line of funky French fanfare (mini brass bands) that have captivated the Junction Festival audiences over the years. Their repertoire is a blend of rare nuggets dug out of varied genres; jazz, afrobeat, balkan dance.. and their own compositions. A surprising repertoire that will move you and make you move.

Following the highly successful â€œWe Can Be Heroesâ€ concert in 2013, Junction Festival is working with 15 local singers and musicians between the ages of 18 and 58 to celebrate this mythic year with a free open air concert on Parnell Street.