Flags coming down, â€˜Museumâ€™ going up 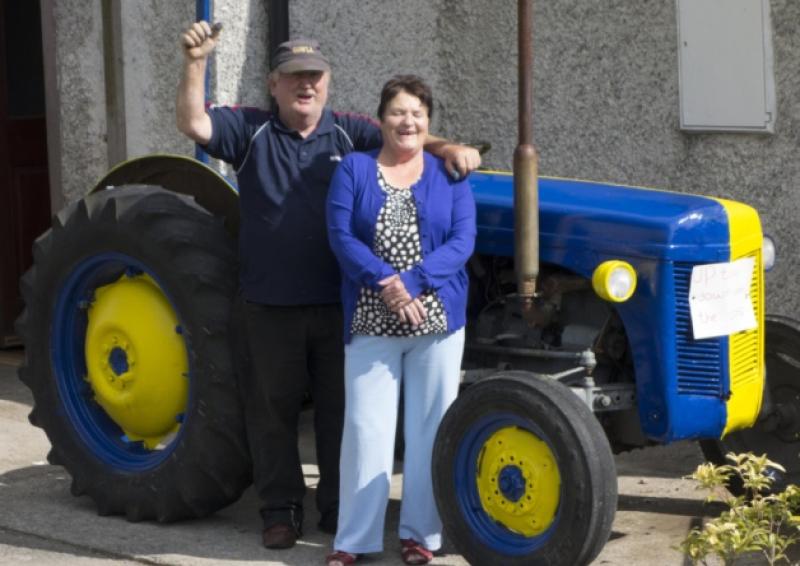 Some years ago the Fethard Historical Society arranged the making of four very large flags to go atop the tower of Old Holy Trinity Church.

Some years ago the Fethard Historical Society arranged the making of four very large flags to go atop the tower of Old Holy Trinity Church.

The flags are of the four provinces; Munster, Leinster, Connaught and Ulster and prove very popular with locals and visitors alike.

Originally, the flags were left flying during Festival Week only, but this year, thanks to local sponsorship from Coolmore Stud, new and stronger flag poles were installed so it was safe to leave the flags up all summer long. However, the flags are coming down this weekend before the windy winter comes and sheds them to pieces, but hopefully they will appear again next year when the sunny summer weather returns to Fethard.

The Historical Society have also arranged that a â€˜Pop-Up Museumâ€™, recreating the life of a medieval Fethard merchant, will be displayed in McGrathsâ€™ shop window on Main street during the coming weeks.

It will be launched on Friday evening next, September 19, at 7pm in conjunction with Culture Night. The Heritage Council is supporting the installation of this â€˜Pop-up Museumâ€™ and the Historical Society is delighted to host the exhibition in town.

The display will be of interest to all but should be especially useful to local school groups who can see the type of goods that were being bought and sold in this trading walled town hundreds of years ago. After the opening at seven oâ€™clock, people can then join the free Culture Night workshops being conducted by artist Patricia Looby from 7.30pm to 9.30pm in Old Holy Trinity Church.