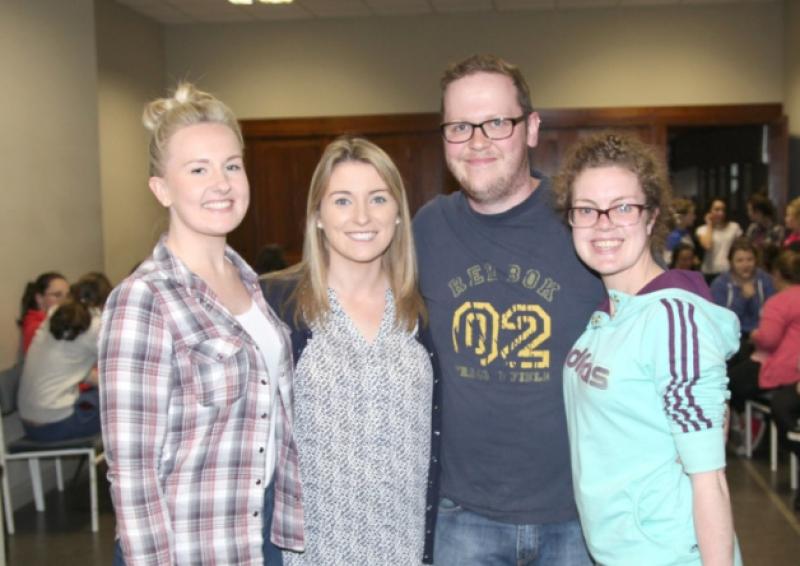 Musical Societies members from counties Wexford, Waterford and Kildare will don the grease paint and take to the stage at the Strand Theatre next week for the second Carrick-on-Suir Music Theatre Festival.

Musical Societies members from counties Wexford, Waterford and Kildare will don the grease paint and take to the stage at the Strand Theatre next week for the second Carrick-on-Suir Music Theatre Festival.

They will be joining a strong line up of singers, dancers and actors from Carrick-on-Suir Musical Society, who are busy putting the final touches to their entry for the Festival at rehearsals.

The Festival takes place at the Strand on Friday and Saturday, September 26 and 27 and will involve performances from more than 100 actors, singers and dancers.

Both shows will be great nights of entertainment and tickets for them are now on sale from the Strand Theatre.

Three of the participating Societies Wexford Light Opera, the David Hennessy Music & Dramatic Society based in Waterford City and Carrick Musical Society will be competing for the Dick Meany Perpetual Trophy and cash prizes worth â‚¬2000.

The Society nearly swept the board, scooping all but two of the Festival awards.

Itâ€™s entry in this yearâ€™s Fesival is called â€œBring on Tomorrowâ€, a mix of songs and acting set pieces from various well known shows.

The David Hennessy Music & Dramatic Society are exciting new participants in the Festival. It is a youth musical society and their variety show entry is called â€œInto The Woods.

The Societyâ€™s PRO Caolan Deehy Power said their entry will include songs from Hairspray, Chicago and Pippin as well as comedy sketches and dance numbers.

â€œWe have been rehearsing for the Festival since mid-August. One of the highlights of our entry will be the Cell Block Tango dance number from Chicago.â€ he told The Nationalist.

The Wilde Nights Group from Lexlip, Co. Kildare are the fourth participating musical society. They are a late entry filling the place of Thurles Musical Society, which unfortunately had to pull out of the Festival.

The Lexlip group wonâ€™t be competing for the Dick Meany Perpetual Trophy but will open the Festival on Friday, September 26 with their show called Wilde Nights.

Carrick-on-Suir Musical Societyâ€™s entry, featuring a cast of more than 25, will be performed in the second half of the show.

It will be Wexford Light Opera Society and the Dick Hennessy Music & Dramatic Societyâ€™s turn to perform the following night.

He will announce the overall Festival winner along with various category award winners at the end of the Saturday night show.

Tickets for the Music Theatre Show cost â‚¬17 per night and â‚¬30 for two nights.