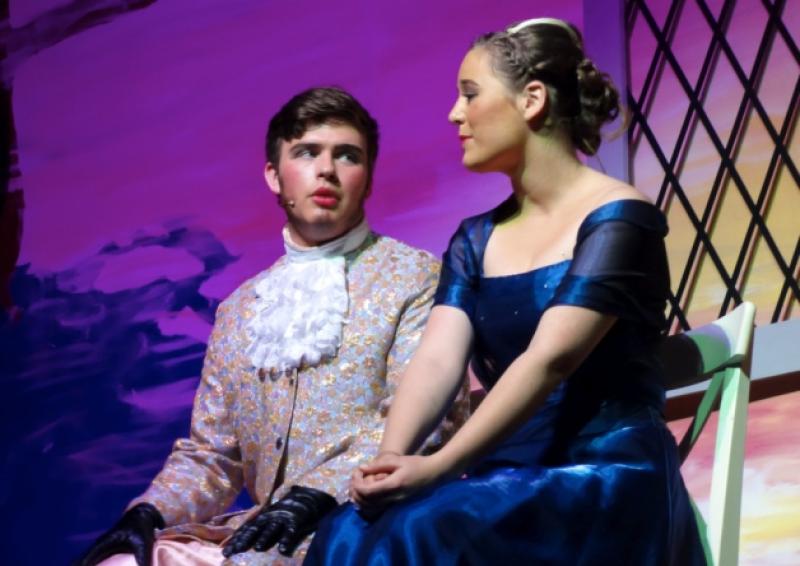 St. Ailbeâ€™s Secondary School are celebrating the success of their 2014 musical, The Ice Queen, that sold out for the two public performances last week.

St. Ailbeâ€™s Secondary School are celebrating the success of their 2014 musical, The Ice Queen, that sold out for the two public performances last week.

As the audience settled in the lights went down, there was hush in the hall and then haunting beautiful voices filled the air from the chorus with a haunting song to open St. Ailbeâ€™s musical, The Ice Queen.

From the moment the lights lit the stage, the audience were treated to an excellent show with talented lead actors and actresses and a slick, professional cast.

The dancers enhanced their scenes with graceful routines that were executed so well that that there was no doubt of the rehearsal time, effort and commitment that must have been put in to create these performances. The cast, who played many roles in many scenes, did so with professionalism and great enthusiasm that glued the story together and gave great support to the lead roles.

The Ice Queen stage show is a fairy tale musical inspired by Hans Christian Andersonâ€™s, The Snow Queen and Disneyâ€™s movie Frozen. The story is set in the kingdom of Arendelle where the young princess Elsa was born with the ability to magically create ice and snow using her bare hands. The beautifully created set design brought the audience into this frozen world with ease and the backstage production crew is to be commended on the smooth changeover of scenes and onstage props.

Martina Barthova and Grainne Hayes shone in the roles of Anna and Elsa with great support from Victoria Pieczykkolan who played, Young Elsa and Mary Ryan as young Anna. Olaf the magical snowman played by Cliona Riordan was popular with the little ones in the audience alongside Sven the Caribou (Paul Merrigan/Dylan Morrissey) and Kristoff (Shane Brown) and Young Kristoff (Conor Cullen). Prince Hans was charming and a talent to watch and the comical Duke of Weselton, played by Christopher Irwin got many laughs. All the cast performed with grace and professionalism and should be very proud of their achievement.

â€œWe have only 261 students in our school and we were delighted to sell out on the Thursday and Friday night and enjoy packed matinees for the local schools during three matinee performances,â€ said Principal Peter Creedon. â€œCongratulation and thanks to the cast and staff who put in so much effort. Every single person has got behind this musical and itâ€™s so important to bring every one together and the sense of community is what we are about.â€

Students from St. Anneâ€™s Secondary School enjoyed the performance. â€œEveryone is really good and they are very enthusiastic on the stage, said Helen Quirke. â€œThey are all very good actors and the songs are brilliant,â€ said Hannah Dawson.