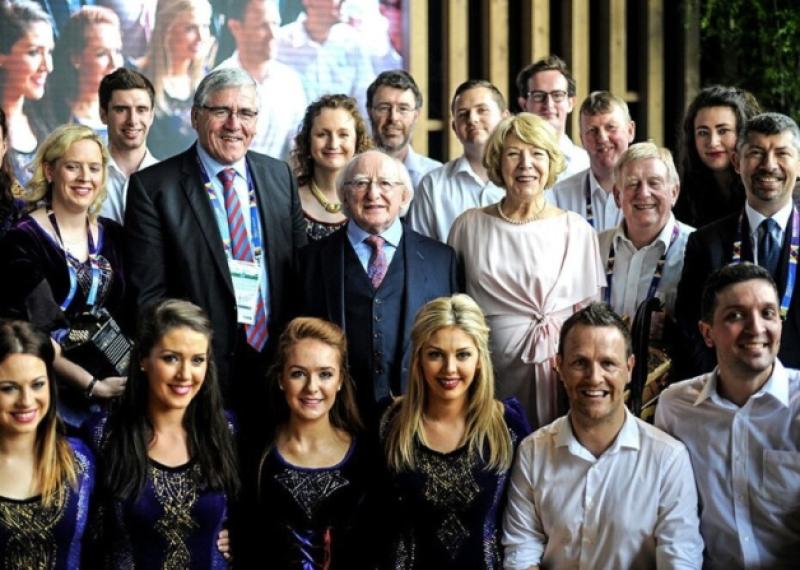 Cashelâ€™s BrÃº BorÃº created a world record last week when they performed for the fifth occasion at the World Expo which is held every five years.

Cashelâ€™s BrÃº BorÃº created a world record last week when they performed for the fifth occasion at the World Expo which is held every five years.

The BrÃº BorÃº group was accorded the honour of performing for Ireland Day at the Expo which was held in Milan which was attended by UachtarÃ¡n na hÃ‰ireann Michael D. Higgins. The performance was a highlight at the Expo and received glowing tributes from Irish and non-Irish alike.

The show, which is produced by Una Ã“ MurchÃº, included Bobby Gardiner, SeÃ¡n Ã“ SÃ©, Mary Kelly, Jim Egan, Tadhg Maher, Finbarr English, Mary Ellen English, Pauric Stapleton, Padraig Donlon, Peter Denmead, Liam Guiney, Fernando Marcos, Shauna McGarrigle, Kathy McGrath, Aishling Prendergast, Grainne Prendergast, Cliodhna Treacy, Conor Arkins, Mark Nestor, Ciana McGarrigle, Eamon Ryan, Aoife Newe and Treasa McGrath. The Manager was Eamonn Oâ€™Toole.It is a busy time for BrÃº BorÃº as they also performed for the first Trad Fest in Brussels on their way to Milan.The group can be seen performing for the Summer Season at the award winning BrÃº BorÃº cultural centre at the foot of the Rock of Cashel.The shows run five nights each week, Tuesdays through Saturdays, commencing on 30th June. Pre-show dinner is also available.There will also be an opportunity for patrons to experience the subterranean story of Ireland. BrÃº BorÃº is an oasis of culture which echoes the past and celebrates the present.It is an ideal family experience which has been embraced by people from all over the world.