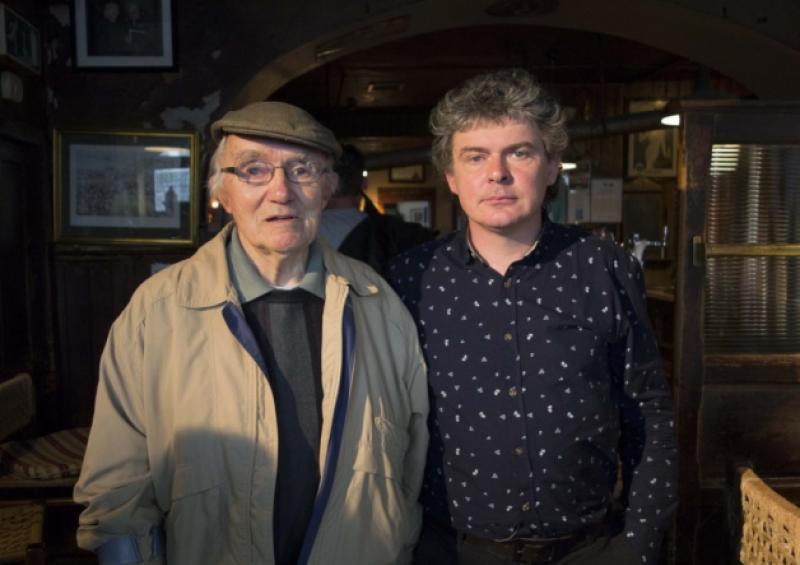 No stranger to film making and rolling cameras in the recent past, the town of Fethard is once again to be place in the spotlight

No stranger to film making and rolling cameras in the recent past, the town of Fethard is once again to be place in the spotlight

News has come through that a new TG4 production ‘Spillane na Fánaí'will commence with a programme from the landmark bar/hotel that is McCarthy’s on Main Street in Fethard later in the month.

The first programme will be broadcast on TG4 at 10pm on Sunday, September 15, and will feature Fethard.

Between pulling pints and singing songs, John hears tales of ghosts, jockeys and horses inside bars. Out and about around the town, locals tell John about Cromwell, Sheela na Gigs and the town geese as well as uncovering for him a surprising link with Obama’s desk in the Oval Office and a connection to the Australian bandit Ned Kelly.

Combining off-the-cuff encounters with local people, interviews and music sequences, John Spillane spends a week in six different locations, working in a pub and venturing out to meet a host of locals in search of musical inspiration for his song writing in the uniqueness and character of small town life.

‘Spillane an Fánaí’ is a fascinating Irish-speaking exploration of the history and personality of rural towns outside of the traditional Gaeltacht areas.

The towns John visits cover all the four provinces of Ireland giving a wide ranging view of rural life.

After his visit to McCarthy’s and the town of Fethard, John heads for Graiguenamanagh in Kilkenny, before heading north for Cootehill in Cavan, and later to Castleisland in Kerry, Castlepollard in Westmeath before finishing off in Kiltimagh in Mayo.

Keep an eye out for it!