Kilsheelan girls appear in 1D film ‘This Is Us’ 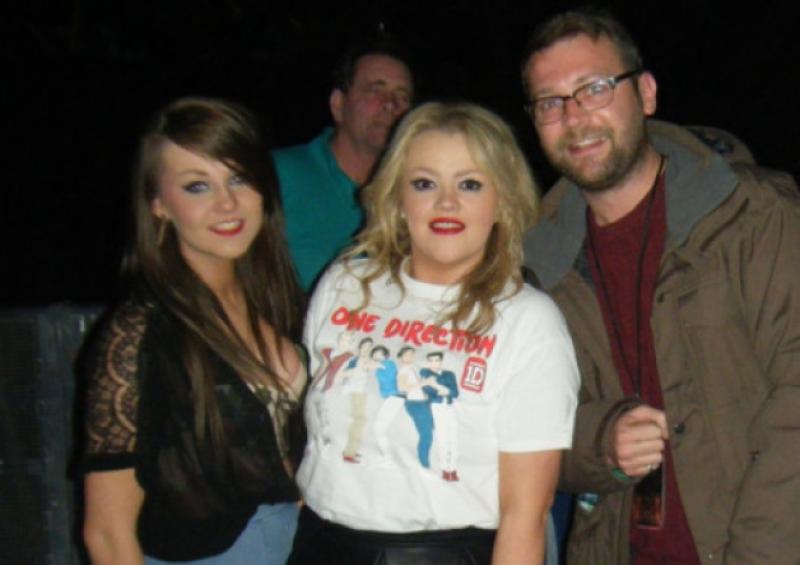 Local girl, Caoimhe Hickey and her friend Aine Davin Murphy from Kilsheelan are delighted to discover that they appear in the One Direction Film “This is Us” on four different occasions.

Local girl, Caoimhe Hickey and her friend Aine Davin Murphy from Kilsheelan are delighted to discover that they appear in the One Direction Film “This is Us” on four different occasions.

The movie has hit the top of the US Box Office charts after it opened last Friday and is expected to pull in €19 million over the opening weekend.

The girls are over the moon at seeing themselves on the big screen in such a blockbuster movie/documentary. In March this year, Caoimhe and Aine attended a One Direction concert at the O2.During the event they were approached by the film director, Morgan Spurlock .The film director asked them if they would mind being filmed during the concert, as they were in the front row.

During the show Harry Styles took Caoimhe’s Pink Ireland jersey on stage and of course, it is now her prize possession.

During the summer, Caoimhe’s parents, Gerardine and John received an email asking a parent to sign a release form to allow the footage be part of the film, if the director decided to use it.

They thought no more of it until the much anticipated film was released in Ireland last Thursday.

Of course, Caoimhe and Aine went to see it in Thurles and they couldn’t believe that they were so lucky to be included in it. What lucky girls and the envy of many.

Billed as an intimate all-access look at life on the road for the global music phenomenon, This Is Us follows the lives of the five members of the band. It gives an insight into the preparation for their concerts and ultimately what it is like to be One Direction.