Clonoulty girl is top of the class in speech and drama 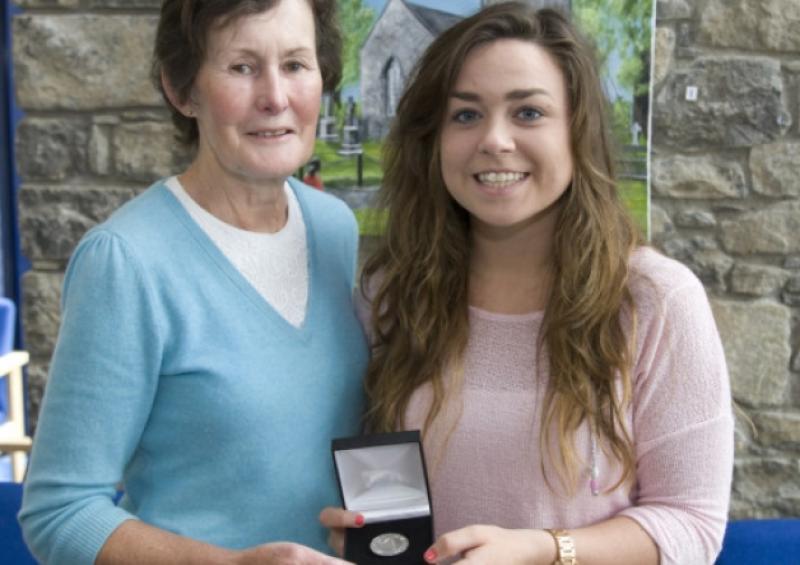 However, this year, Gráinne has attained a rare accomplishment – she gained medals both for her performance at Grade Ten Speech and Drama and in her Certificate in Communication exams.

In addition, she received a call back for the Leinster School Excellence Awards for her outstanding performance of the role of ‘Lydia’ in Richard Brinsley Sheridan’s ‘The School for Scandal’. This is a competition for those students who in the opinion of the examiner show exceptional talent in performance in any discipline of music, musical theatre, poetry or drama.

Approximately 14,000 students undertake exams of which a very small percentage are ‘called back’ to perform for a panel of judges. Winners and runners up are chosen for awards of a cup and a first prize of €300. In addition, the students perform their pieces at a prize-winners concert in the concert hall of Griffith College during the mid-term break in October. A second student of Eleanor Dwyer’s, Karen Bennett also received a call back to perform ‘The Witch’ in Hansel and Gretel in the junior section.

For her Certificate in Communication, Gráinne prepared two speeches, the first on the work of Pieta House and by way of contrast the second, a social speech, humorously described the antics, training schedule and achievements of Cashel Ladies Rugby team of which she is a member.

She also had to explain all aspects of platform procedure, understanding the preparation involved in organising and running events and the use of powerpoint as well as other means of communication. Knowledge and understanding of vocal skills was also required. All students are helped to hone their communication and presentation skills which helps them to develop research techniques and deepen their knowledge and interest in literature. This not only helps them in other exams but performance helps to instil confidence that is invaluable in interviews and other presentation situations.

In an era of a wide range of modern communication methods, children still enjoy improvising and living in the world of make believe. Developing their imagination, helping them to co-operate and work together and allowing them to improve their storytelling, reading and speaking skills in a relaxed environment is what the Speech and Drama class fosters. Classes in The Parish Centre in Cashel resume again in mid-September.