The Balloonists launch their debut CD 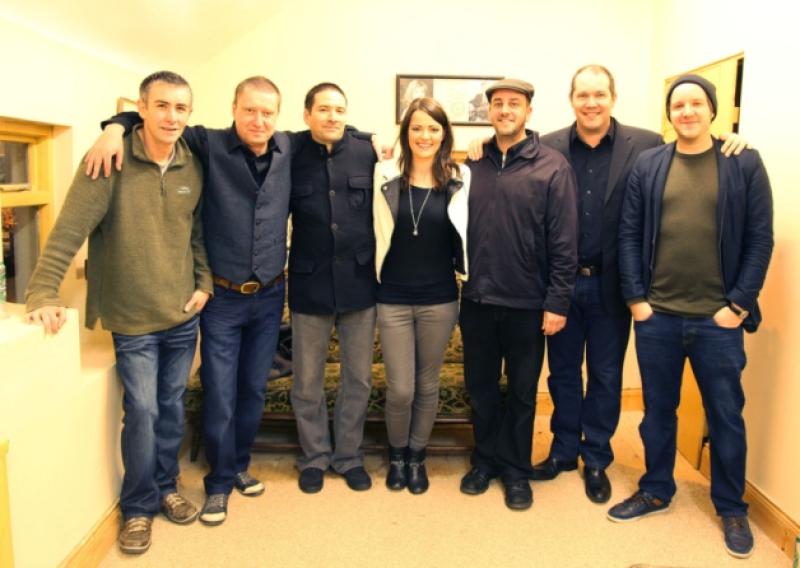 A large crowd of family, friends and musicians flocked to Brewery Lane Theatre last Friday night for the eagerly awaited launch of ‘The Balloonists’ debut CD, ‘This is No Picnic’.

A large crowd of family, friends and musicians flocked to Brewery Lane Theatre last Friday night for the eagerly awaited launch of ‘The Balloonists’ debut CD, ‘This is No Picnic’.

The CD is a collection of original songs beautifully crafted and sung by Colm Power and with collaborative performances by 13 other musicians and singers.

Many of the artists featured on the CD are relatives of the legendary Clancy Brothers ballad group.

Colm Power, a nephew of the Clancy Brothers, arranged, recorded and produced the CD with Neil Quinlan locally in Carrick-on-Suir.

The CD launch celebration began with a wine reception in Brewery Lane’s tearoom, followed by live music in the intimate setting of the theatre.

Local singer songwriter Aisling Ní Chuimín was the first to perform on stage. After her performance, several of the The Balloonists artists, Colm Power, Neil Quinlan, Finbarr Clancy, David Doherty and Graham Clancy, came on stage and played music from the CD.

Hugh O’Carroll and Niamh and Sarah Power joined them on stage later on.

The Balloonists’ unique blend of jazz, indie rock and folk delivered an undeniably engaging evening of music for everyone at the CD launch celebration.

Colm Power extended a special thanks to his parents, family and many friends and all who were involved in helping him to produce the CD.

He also thanked the Brewery Lane Theatre Group for hosting the event, the Tudor Artisan Hub for promoting and coordinating the launch and all who helped out on the night.