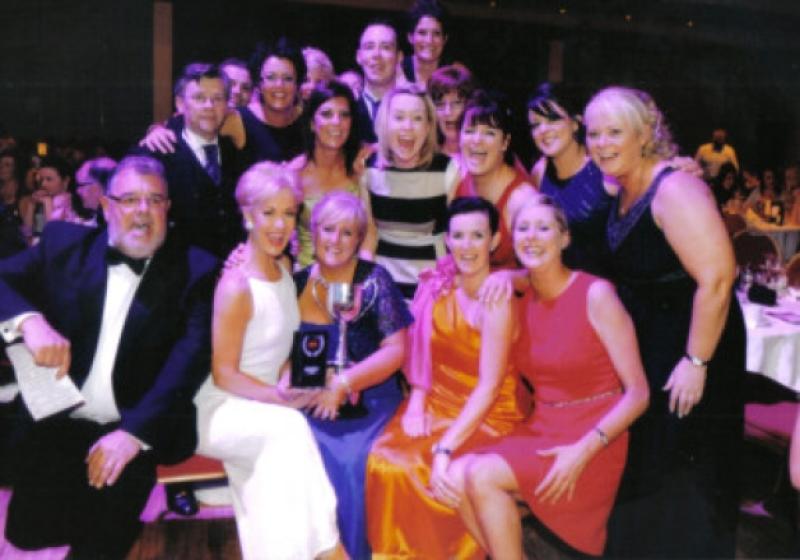 The winners of the Awards, sponsored by HB Ice Cream, were announced on Saturday night at a glittering gala ball in the Gleneagle Hotel in Killarney, attended by almost 1100 members from societies all over the island of Ireland.

The society was also runner up in two further categories – Best Actor, Diarmuid Vaughan and Best Ensemble – the Murder Murder scene from the show.

Programme Editor Ruth Butler made history as the prize has never been won by the same society for three years in-a-row.

Diarmuid is the male performer who has been nominated most times in the past ten years and the only male performer in the history of the awards to have been nominated in all four performance categories – Best Comedian (2006 and 2010), Best Supporting Male (2005), Best Male Singer (2012) and Best Actor (2011 and 2013).

Chairman George Barry, who collected the Ensemble runner-up trophy on behalf of St.Mary’s, congratulated Ruth, Diarmuid and the society on their achievements.