Mag Mell, a show for all ages, is coming to the White Memorial, Clonmel 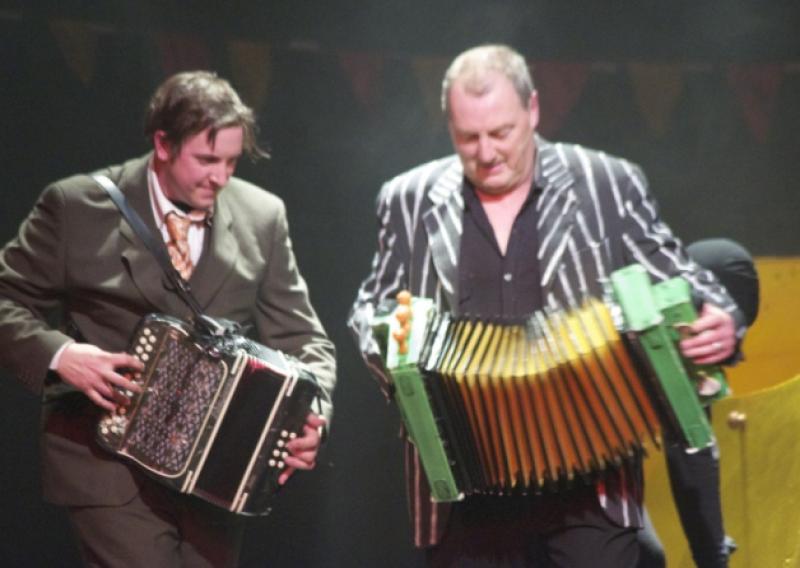 Mag Mell will be performed at the White Memorial Theatre on Halloween night, Thursday, October 31 and the following night, Friday, November 1.

The production, which also includes musicians and composers Benny McCarthy and Conal O’Grada, has already been staged at several venues around Munster including Cashel, Carrick-on-Suir, Ennis, Ballyduff Upper and Limerick, while a date in Waterford has also been lined up.

“The show is building momentum and has developed since we first put it on the road”, says Des Dillon.

“Audiences are loving it, and enthusiastically discussing what it means. It’s based on very strange Irish ghost stories, which makes the Clonmel performances at Halloween all the more appropriate.”

The idea for Mag Mell was conceived when Benny McCarthy from Dungarvan, who regularly tours the United States with his traditional band Danu, identified an opening for a show based on Irish ghost stories.

He enlisted the help of Des and Conal O’Grada and when Jon Kenny came on board Mag Mell was born.

Its creators believe it has the potential to become a universal hit and are hoping to bring it across the Atlantic within the next few years.

The show examines what happens when the greed and materialism of the 21st century is confronted by the ancient wisdom and beauty of the Bean Feasa, or wise woman.

Mag Mell is original in every aspect.

The script was written by Jon Kenny while the set and puppets were created by Des Dillon - it’s the first puppet show staged by Des since his acclaimed Teac A Bloc show some years ago. The soundtrack was composed by Benny McCarthy and Conal O’Grada.

Since it was launched Mag Mell has a new leading lady, Katie Holly from Charleville, who has worked with Jon Kenny before and whom Des describes as a fantastic singer and actor.

Tickets for the shows at the White Memorial Theatre are now on sale from Premier Music, O’Connell Street, Clonmel.