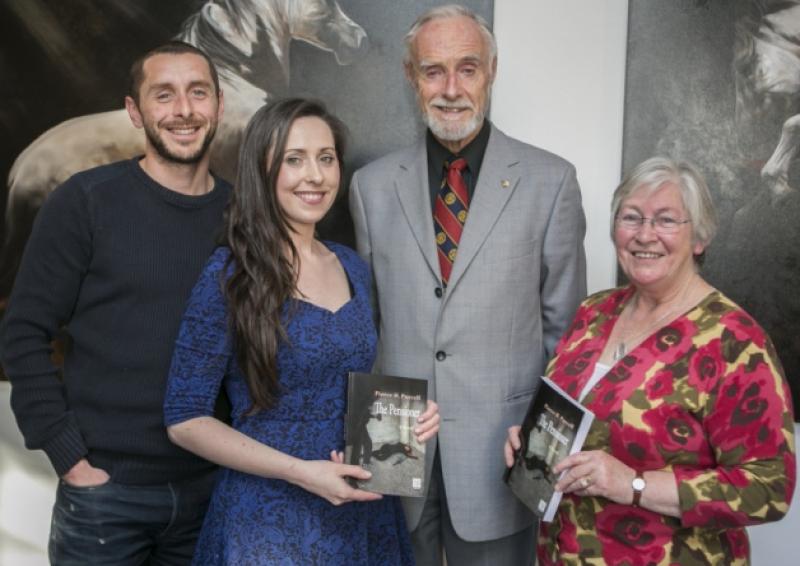 A retired schoolteacher who turned his hand to writing has just published his first novel.

A retired schoolteacher who turned his hand to writing has just published his first novel.

The Pensioner, written by Pierce H. Purcell, was launched by Dr. Kieran Mulvey, chief executive of the Labour Relations Commission, at the South Tipperary Arts Centre in Clonmel last week.

In the book the reader is furnished with a graphic picture of certain aspects of life in Ireland from the early 1960s up to the present day, while following the careers of both a ruthless criminal and an apparently harmless old pensioner.

Larry Porter, pensioner and part-time lecturer at a Dublin university, is on his way into the local bank to negotiate a car loan, just as the bank is being robbed by Sandor Popp’s gang. Years earlier Larry had given German grinds to the talented young Hungarian, now a billionaire drugs baron.

Along with the other terrified bank customers, Larry is taken hostage by the criminals and imprisoned in an underground bunker. He is convinced that they will all suffer a hideous death at the hands of the gang’s psychopathic second-in-command.

Much to his own surprise, Larry’s self-preservation instinct clicks in and transforms the harmless old pensioner into a very violent survivor, intent on bringing his former brilliant pupil to justice.

Pierce Purcell was born in 1939 in Wexford and grew up in Wicklow town. After graduating from University College Dublin in 1962 he worked as a secondary teacher at Clonmel High School until his retirement in 2000.

He and his wife Maureen, a well-known local artist who helped to design the cover of the book, have four adult children and eight grandchildren “at the last count”, as he puts it.

In addition to teaching, Pierce spent many years as a part-time official in the secondary teachers’ trade union and is at present the General Secretary of the German Teachers’ Association of Ireland. In 2006 he taught English for a semester in the University for Nationalities in Guiyang, China. He is a former member of the Senate of the National University of Ireland. Among his many interests are classical music, fast cars, long-distance running and foreign travel.