Rachel on top of the world after spectacular success in Romania 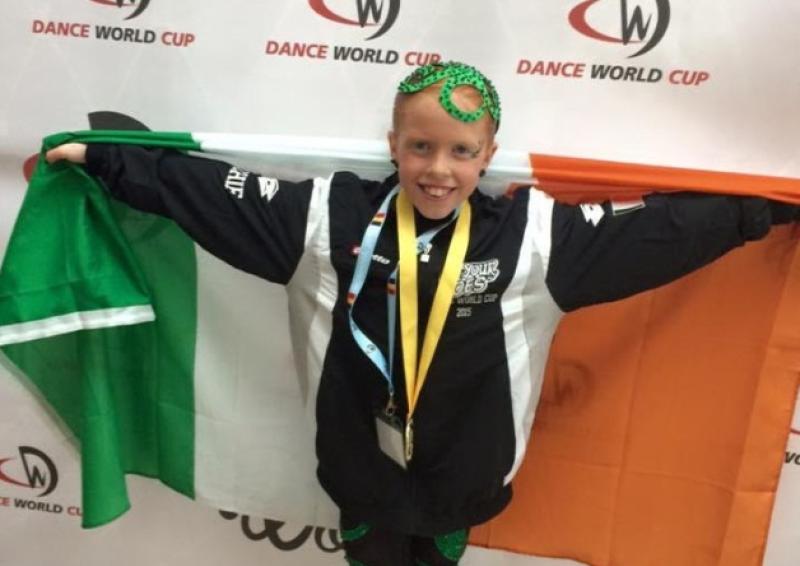 A new world champion was welcomed to the Town Hall in Clonmel last Friday evening.

A new world champion was welcomed to the Town Hall in Clonmel last Friday evening.

Her fantastic achievement was recognised at the weekend when District Mayor Pat English hosted a reception for the talented dancer.

It was a momentous week for the O’Shea family, who live in Callan. Rachel’s mother Miranda, who’s originally from Powerstown, went into labour when Rachel flew out to the world cup, accompanied by Gillian Hewitt-Fitzgerald from the On Your Toes dance academy at Crann Ard on the Fethard Road, Clonmel.

Among those waiting to welcome her when she returned home with the gold medal was her new baby brother Daniel.

“Rachel was absolutely thrilled with herself”, said Miranda. “We didn’t expect her to win gold. It has been a whirlwind since she returned home and we couldn’t be more proud of her”.

The Dance World Cup was streamed live on the internet but because of poor broadband in their area Miranda and husband John were unable to watch their daughter in action. Miranda was feeding her new arrival Daniel when Gillian Hewitt-Fitzgerald rang with the great news.

The strains of the Irish national anthem rang out when Rachel, who was brimming with pride and joy, stepped up to receive her gold medal.

She enjoyed a double triumph at the event, as she also received the award for the best modern jazz and show dance solo from the 115 dancers who competed in the children’s gala.

Having attended the previous two events, in the Portugese Algarve and Brighton, as a spectator, she was the first competitor from the Rupublic of Ireland to take part in the Dance World Cup. She has also been successful at several competitions in Ireland and Britain and has achieved the category of champ freestyle dancer and Prem champ (the highest ranking in Ireland and Britain) in slow dance.

“Rachel is in Camp Rockwell this week and we’re trying wo wind her down before her next major competition at the Citywest Hotel in Dublin next month” said Miranda, who runs the Stepping Stones creche at Crann Ard in Clonmel.

Rachel received a presentation from District Mayor Pat English at last weekend’s reception, as did the On Your Toes academy where she has been dancing since she was a 3 year-old.

As well as Rachel and her baby brother Daniel, the O’Sheas have four other children - 8 year-old Ellen, 5 year-old Sarah Kate, Caoimhe (4) and Leah (18 months).