Fitness is no problem for energetic Tipperary town students

After taking on an arduous six week training programme, first year pupils at the Abbey CBS in Tipperary Town have been named as the most improved class in Ireland for fitness.

After taking on an arduous six week training programme, first year pupils at the Abbey CBS in Tipperary Town have been named as the most improved class in Ireland for fitness.

They took the top prize after putting in the work on their fitness during lunch breaks at the school and were rewarded recently when the class went to the Aviva Stadium to be presented with their award by Health Minister James Reilly.

The day marked a double celebration for The Abbey as Shane Ryan, a second year student, was named as the fittest student in Ireland.

His second beep test was higher than any of the over 800 first and second year students across the country that entered the Aviva Fitness Challenge.

He will be presented with two tickets to an international soccer match in the Aviva Stadium by School Principal, Mr. John Heffernan.

219 secondary schools took part in the challenge. Twenty seven first year students from the Abbey travelled to Dublin to collect the prize. Minister for Health James Reilly presented the inaugural trophy along with a cheque worth a thousand euro for sports equipment for the school.

The fitness challenge saw first and second year students complete a beep test to measure their cardiovascular fitness in January which was followed by a six week training period. The students completed a second beep test in March to see how much their results had improved.

The Abbey School entered all of its first and second year students into the competition. These students worked very hard in between the two tests. Training for the challenge was completed during lunch break. Twice a week the students ran laps of a 1500 metre cross country track on the Abbey grounds. This hard work led to an average improvement of 60% in fitness levels. This huge improvement was the reason the Abbey took home the overall prize.

Minister Reilly, Dr Niall Moyna and Alison Byrnes, CEO of Aviva Ireland, spoke to the students. Senator Eamonn Coughlan was also present on the day. Students got a guided tour of the Aviva stadium and lunch in the IRFU suite.

This is the second time in recent years for the Abbey to win a national sports award as in 2004 it was named as one of the five most sporting schools in Ireland by the Department of Education. The school’s success is due in no small measure to the leadership and enthusiasm of the PE teachers Mr. Kieran Hickey and Mr. Damien O’Brien.

Kieran Hickey said - “We are immensely proud to have been awarded the most improved school in Ireland in this fitness challenge. Great value is placed on fitness, P.E. and sport in the school. The students put in a tremendous effort to improve their fitness levels between the two tests. Twice a week at lunch time they volunteered to run laps around our 1500m cross country track.

“I am delighted that the students’ hard work was rewarded with the overall national prize. Fitness for life is the message we try to instil in our students and the hope is that they maintain this positive attitude toward physical activity into adulthood.”

The PE teacher said that when the first test was taken a lot of the first years would not have been aback playing hurling and football with their clubs so that the six week programme showed a big improvement in fitness.

The challenge was monitored by Dr. Sarah Kelly and challenge creator, exercise physiologist, Prof. Niall Moyna from the Centre for Preventive Medicine in DCU. 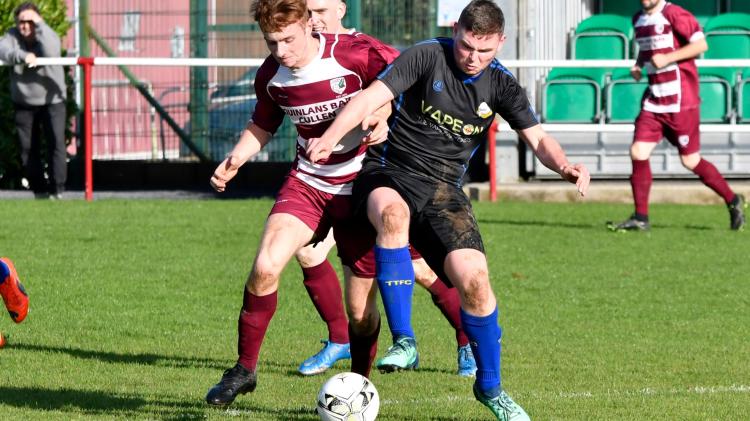