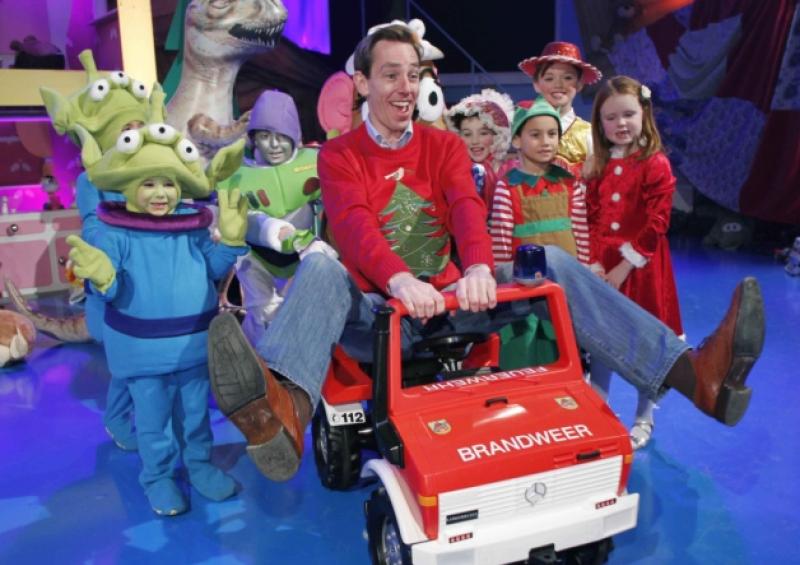 Well done to 9 year old Tom Kiely Marshall, from Lisobyhane, Emly, who is set to be one of the young stars on tonight’s Late Late Toy Show!

Well done to 9 year old Tom Kiely Marshall, from Lisobyhane, Emly, who is set to be one of the young stars on tonight’s Late Late Toy Show!

Tom was over the moon when he got the call from RTE. He has spent the last two weeks testing and playing with his favourite toys. Tom is demonstrating some of these great toys, farm machinery, tractors, combine harvesters, slurry tanks and lots of farm sheds.

Along with this, Tom will be demonstrating Playmobil sets, which are also a long time favourite of his. Tom, who spends most of his free time outdoors, playing soldiers and building hideouts loves the great outdoors, has had a passion for farm toys and animals since very young and is delighted to talk about these toys, which he says are great for kids imagination.

Tom has his own model farm which he started when he was three years old and has grown quite impressive over the years.

This has been a great year for Tom, along with his sister Zara, who have both had a fantastic season in the saddle in the showing ring with their ponies Nantcol Sir Galahad and Valmore Muscadet. Tom loves riding and has had a very successful season up and down the country winning many classes and championships over the summer, some of which include Cork Champion, Boyle Champion, and one of the highlights of his year was being placed 5th at the RDS Dublin Horse Show, with his six year old sister Zara winning the perpetual cup at Limerick Show earlier this year.

Tom is a great worker and is up mucking out and feeding his ponies and ducks and chickens every morning before school. Both Tom and Zara attend Emly National School, and play in the school band. Tom plays the violin and won his first medal earlier this year in the school band.

Well done to Tom on a great year and what a wonderful way to end 2013, taking part in the Late Late Toy Show. Well done Tom from all your friends and family