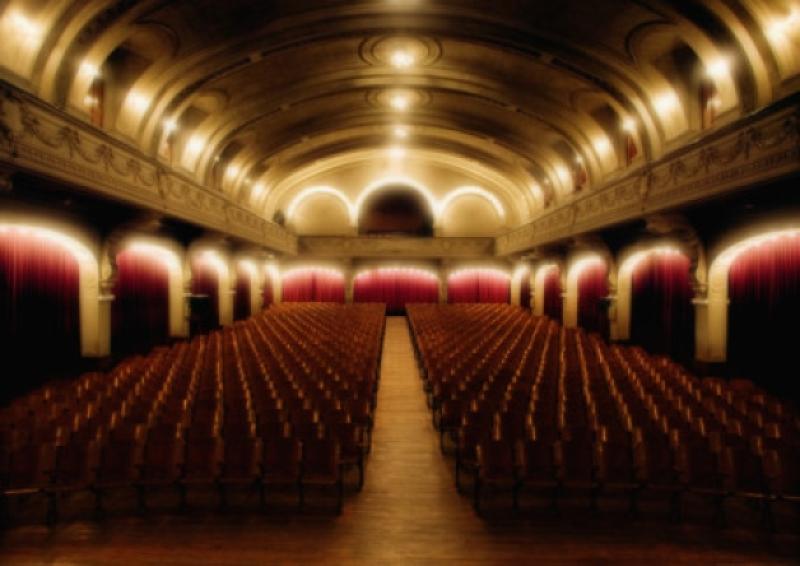 Newcomers to the Inch Players, talented Irene O’Sullivan and Megan Shanahan, played striking roles with the famous group in their hilarious and highly entertaining production of the three-act comedy, ”My Wife’s Family “, for four wonderfully entertaining nights in the bright and cosy and beautifully refurbished Inch Community Centre.

Newcomers to the Inch Players, talented Irene O’Sullivan and Megan Shanahan, played striking roles with the famous group in their hilarious and highly entertaining production of the three-act comedy, ”My Wife’s Family “, for four wonderfully entertaining nights in the bright and cosy and beautifully refurbished Inch Community Centre.

Producer/ Director, Eamonn Butler, assisted by Matt Shanahan, and Eoin Shelley, once again brought their cast and crew in style to the wonderful and uplifting land of laughter, to the great delight of huge

crowds from all over County Tipperary.

The play was set in the opulent country mansion of Jack Gay and the hilarious plot revolves around the utter confusion and mayhem caused by a visit from his wife’s relatives. Mayhem mostly caused by the Horse Doctor who may be a real Doctor and who sells everything and who was played by the experienced comic actor, Pat Delaney.

Tickets by Margaret Ryan and Marese Kennedy; Sound and Lighting was by Eoin Shelly and Continuity was by Rene Ryan and Katherine Kinnane. The very articulate and capable Avril Stapleton was a simply excellent

MC for the show. Indeed, she distinguished herself in this role. And full marks to the team who were responsible for all that wonderful hospitality, tea and goodies. Yum yum.

The Inch Players were formed in the Spring of 1956 when a group of people assembled in Inch School at the invitation of Rev Fr P.Purcell, CC who was first producer and make–up artist.

The first play was “The Young Man from Rathmines” and this was followed by “The Workhouse Ward”. After Fr. Purcell’s transfer to another parish Mr Jim Ryan, N.T. became producer and he had had experience of drama in his native Upperchurch.

Under his direction the group went from strength to strength and they staged plays such as “The New Gossoon” by George Shiels and “The Black Stranger” by Gerard Healy.

Macra na Feirme was strong in those days in the parish and the drama group became known as the Inch Macra Drama Group. They won in Tipperary and went on to the Munster Final in Fermoy where they were placed second. They competed at the Muintir na Tire Drama Festival in Thurles and were to continue this practice for years.

The became known as Inch Players then and theirs was the first name to appear on the Muintir na Tire Cup for rural drama at the Thurles Festival. At that time they were the only rural group to win the Dr

Morris Cup. They entered festivals all over Munster in Cork, Charleville, Fermoy, Killarney, Limerick, Six Mile Bridge, and once qualified for the All-Ireland in Athlone and later in Loughrea.

Around 1963 the late great Joe Boyle of Ballyroan, Borrisoleigh, a cast member, took over production and under his guidance drama flourished in Inch. They travelled to Dublin with “The Field” at the invitation of the Tipperary Mens Association in Dublin and performed the play in the CIE Hall in Marlboro Street.

The players loved to travel in the early years to halls in the neighbouring parishes: Drom, Upperchurch, Drombane, Littleton, Dundrum, Boherlahan, Borrisoleigh, Nenagh, Thurles and Templemore.

There was always great support in these areas and at the festival in Thurles.