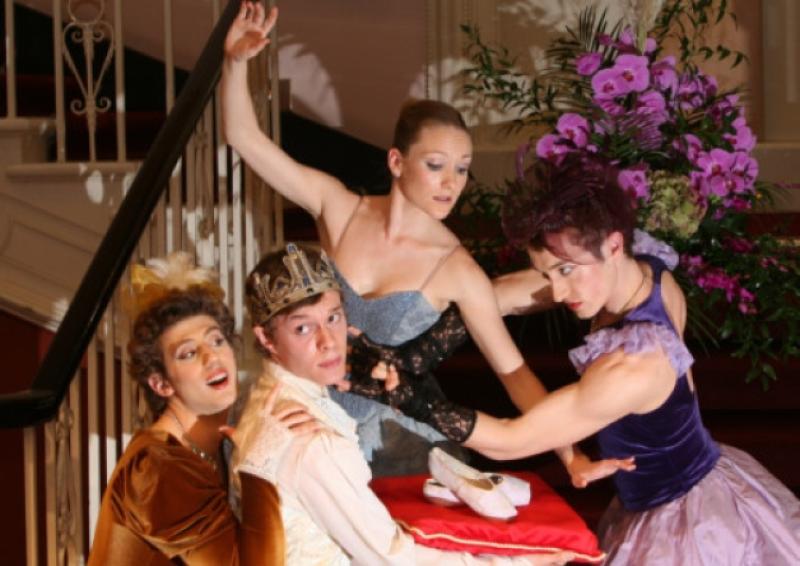 Ballet Ireland, the National Ballet of Ireland, tours to eleven venues for performances across Ireland with its acclaimed production of Cinderella - After The Ball which is choreographed by the award-winning Morgann Runacre-Temple.

Ballet Ireland, the National Ballet of Ireland, tours to eleven venues for performances across Ireland with its acclaimed production of Cinderella - After The Ball which is choreographed by the award-winning Morgann Runacre-Temple.

This contemporary take of a beloved classic will tour to ten venues from Letterkenny to Ennis from April 13th to May 5th as Ballet Ireland continues its commitment to bringing top-quality dance productions to regional venues.

This is no ‘ordinary’ Cinderella tale as now the fairy dust has settled. In this production Cinderella and Prince Charming have just returned from their honeymoon and are attempting to settle into married life while adjusting to their diverse social backgrounds. But more than a magic wand is needed when Cinderella discovers that the Prince is bankrupt and intends to auction off her beloved glass slippers.

A company of fourteen of the world’s finest dancers from Sandyford to Brazil and Cork to Japan, expertly perform all of the traditional beloved roles such as Buttons, the Ugly Sisters and the Fairy Godmother in side-splitting scenes that will entertain all ages. Ballet Ireland previously toured Cinderella in 2009 when Michael Seaver of the Irish Times described the show as “a clever and witty sequel that is full of snappy set pieces . . . plenty of fizzle throughout . . . will still appeal to audiences used to the classics”.

Cinderella - After The Ball will feature at The Source Arts Centre on Wednesday, May 1st (7pm). Tickets are priced at E18 (E16 concession and E10 for children under twelve years of age).

Why not make a night of it and come early to enjoy a meal or bar bites at The Source Café from 6pm? Please call Sheena or Matt on 0504 58858 for more details. The Source Bar will be open from 6pm.

For bookings please visit thesourceartscentre.ie or call the box office on 0504 90204.