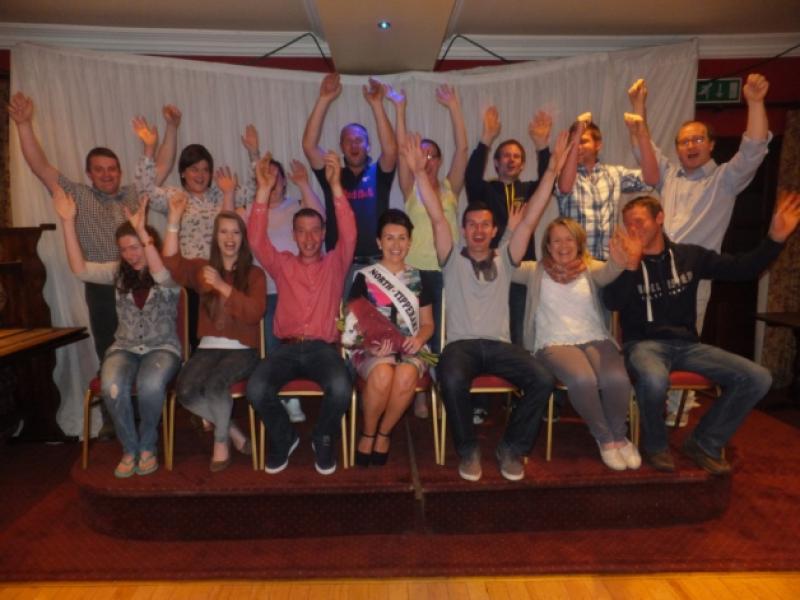 The news has spread throughout North Tipperary and beyond that Devil’s Bit Own Marca Member, Maebh Campion from Roscrea, has been crowned First Runner Up at Miss Macra Festival 2014.

The news has spread throughout North Tipperary and beyond that Devil’s Bit Own Marca Member, Maebh Campion from Roscrea, has been crowned First Runner Up at Miss Macra Festival 2014.

The announcement was made at the final night of the Festival in Dundrum House Hotel. The good news saw club members go wild with excitement.It was the end of a very busy weekend for Maebh, who has done the club proud. As one of 21 ladies from across the country and abroad, Maebh was selected February 28th to represent North Tipperary in the 43rd International Miss Macra Festival. It was an incredible feat for Maebh when one considers that it was at this very Festival in 2013 that first saw her attendance as a Devil’s Bit member. Which only speaks volumes about the impact Maebh has made in the club so very quickly. The Festival Activities got underway on Friday August 1st when all contestants arrived in Dundrum House Hotel to meet one another and the organising committee.

On Saturday morning private interviews were carried out. This gave Maebh opportunity to discuss her activity in the club, and her work as North Tipperary PRO. After this the Annual South Tipperary Raft Race on the River Suir in Golden took place. Saturday night’s main event was the Cabaret in the Festival Marquee followed by music from “No Recession” and DJ in “The Venue”. Sunday morning began with Mass in Clonoulty Church accompanied by a beautiful choir. Contestants were then “challenged” in the Annual Sports Day followed by a BBQ in Clonoulty G.A.A. Grounds. A Gala Banquet and announcement of International Miss Macra 2014 with “Memphis” and DJ-Dundrum House Hotel finished off a wonderful weekend.

Club members had journeyed each of the three nights to support Maebh. The biggest night of support was for Maebh’s public interview on stage on the Saturday night, which did not escape the attention of the interviewer who referenced Devil’s Bit Club many times during the night. On stage Maebh was asked about “Roscrea been in the news lately”, unshaken Maebh declared with passion that she was very proud of her town and “I know we will overcome any issue that faces us.” A response which was greeted with a huge round of applause. Maebh then proceeded to wow the whole room with her incredible rendition of the song Caladonia.

Club support did not end after the proceedings in Dundrum, for unbeknown to Maebh a surprise homecoming party was planned for her in Fitzpatrick’s Country Club, Clonmore. Her arrival was greeted with huge roars and applause. Club Chairman Joe McGrath presented Maebh with a bunch of flowers and thanked her for the glory she had brought to the club. She was then presented with a framed portrait of her, and her escort for the Festival, Club Member Joe Maher of Dunkerrin. 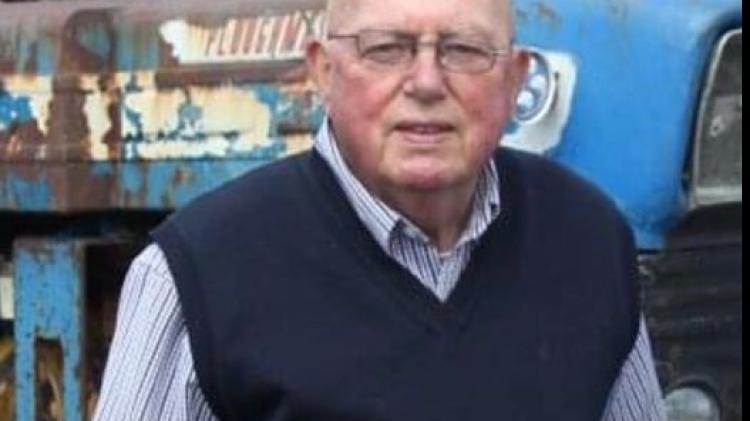