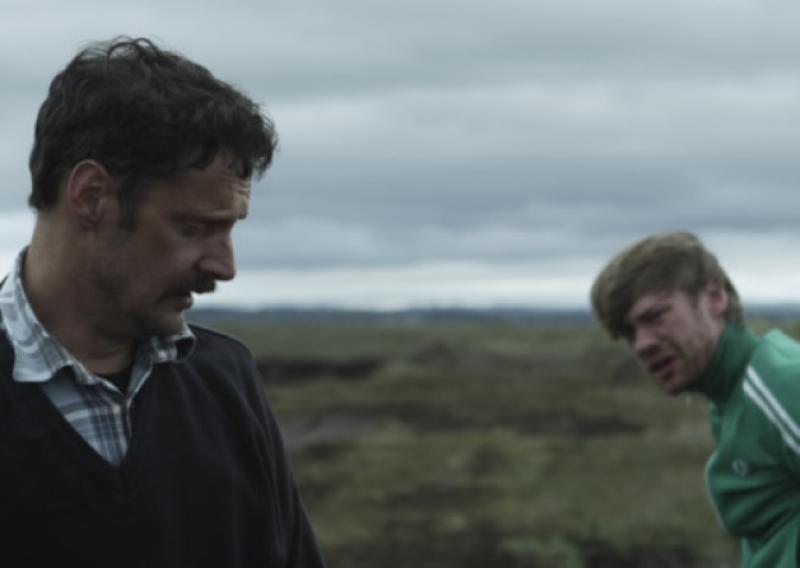 Jimmy Walsh (Joe Mullins) is a middle-aged bachelor trying to eke out a living on a small farm in the south-west of Ireland where he spends his days tending to his cattle and looking after his ill father. His world as he describes it in one of his many asides to the camera is “thirty acres on the side of a hill out in the back end of nowhere, with no prospects”.

It becomes clear very quickly that life is tough for Jimmy as he struggles to hold things together on the farm while also wondering if he would have been happier had he chosen a different route in life for himself.

As his meaningless existence begins to take its toll on him, the film asks the question: how much can a man take before he finally breaks?

Gerard Barrett’s documentary-style film is a powerful study in loneliness and a life lacking in hope or ambition as we follow Jimmy’s day-to-day existence, working on his farm during the day and drinking alone in his local at night. As Jimmy, Mullins gives a sympathetic portrayal of a man trapped in a life he wishes he could break free from and whose attempts to forge a different path for himself are cruelly thwarted by circumstance.

Sure, the film’s pacing may be slow at times but if anything, it serves to convey effectively the frustration Jimmy experiences in his life. It also paints a devastating portrait of an aspect of Irish life that it’s easy to think we’ve left behind in modern Ireland.

Pilgrim Hill will be screened at The Source Arts Centre in Thurles on Wednesday, June 19th at 8pm. Following the screening actor Joe Mullins will be present for a Q&A session.Tickets are priced at E9 (concession E7 and E5 for Film Club members).