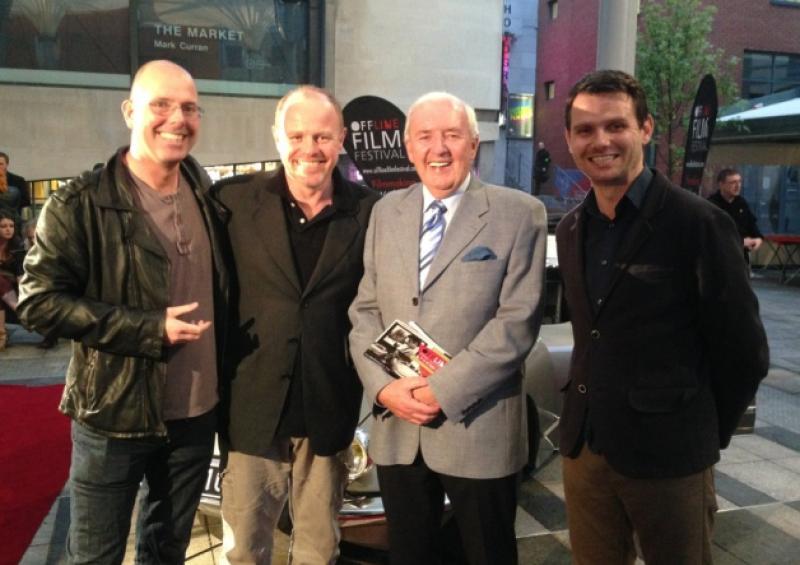 A film by Nenagh native Kevin McGee has been selected for three prestigious festivals in one month - ‘The Ballsbridge Poisoner’, which Kevin wrote and produced, was one of fifteen films chosen from almost three hundred entries for the OffLine Festival.

A film by Nenagh native Kevin McGee has been selected for three prestigious festivals in one month - ‘The Ballsbridge Poisoner’, which Kevin wrote and produced, was one of fifteen films chosen from almost three hundred entries for the OffLine Festival.

The film will also feature at the Clones Film Festival and the International Short Film Festival in Dublin where it has been nominated for the best film and best actress award.

Kevin is thrilled by the success of the film, an Irish-English co-production starring Eimear Morrissey (Damo and Ivor), Enda Oates (Fair City’s Pete Ferguson) and the renowned Beckett interpreter Sara Jane Scaife. Despite the international crew, the film is something of an underdog on the festival circuit.

“We had no budget at all. Most of us are freelancers, so we’ve all felt the effects of the recession. That means free time, so we decided to take advantage of that and make something for ourselves. It’s fantastic that the film has also resonated with other people,” Kevin McGee said.

Part of the reason is its topicality: “It’s about an office worker who is fighting against redundancy. She uses her wit and her intelligence to escape the chop. It’s a story people can identify with”.

Despite the title and the grim topic, ‘The Ballsbridge Poisoner’ is a light-hearted affair.

Kevin McGee: “We wanted to say something about the downturn, but it had to be a comedy. If people want to be depressed they can turn on the news”.

The film was shot over two weekends in Dublin with a crew of nearly thirty. Friends and family were drafted in to help. Kevin’s wife Brigie did the catering and cousin Charlie McGee stepped in as assistant director. The key member of the team was the celebrated director Clive Arnold.

“Once we got Clive on board,” Kevin says, “we knew we could do it”.

Clive was fresh from his success with the Bafta award-winning live episode of ‘Eastenders’.

“When Clive found that everyone was working for nothing he turned down the fee. He paid for his own flights. He paid for his hotel. He’d hardly even take a cup of coffee. He’s a class act,” Kevin McGee explained.

Kevin McGee is now working on the Nenagh Silent Film Festival which is due to take place on St Valentine’s weekend 2014. The programme will soon be launched.