‘Travelling Circus’ set for a premier at the Terryglass Arts Festival 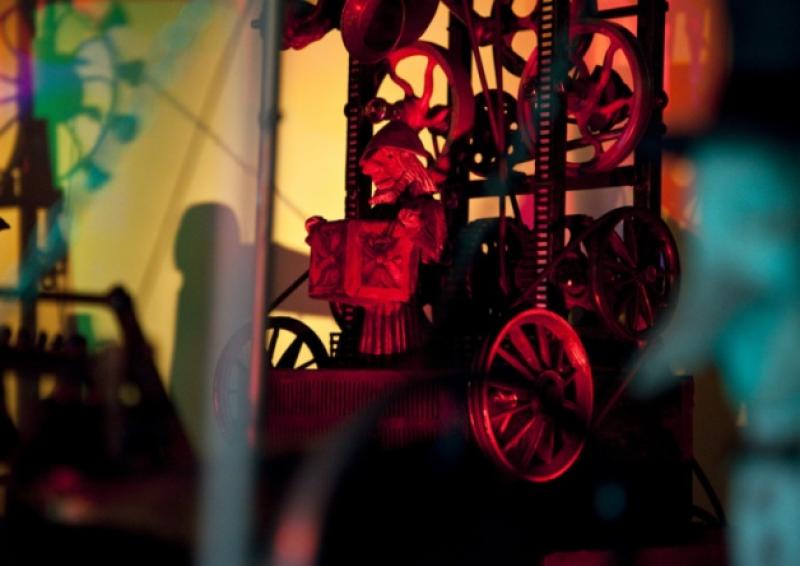 Now based in Glasgow, the world-famous Sharmanka Kinetic Theatre was founded in St Petersburg in 1989 by sculptor-mechanic Eduard Bersudsky and theatre director Tatyana Jakovskaya in 1989.

Audiences in many countries have been fascinated by this enchanting show which tells the funny and tragic stories of the human spirit as it struggles against the relentless circles of life and death.

Hundreds of carved figures and pieces of old scrap driven by electrical motors and controlled by sophisticated electro mechanical devices perform an incredible choreography to haunting music and synchronized light.

An extremely popular show for any age, it has attracted more than 200,000 visitors since it began touring in December 2005 at venues ranging from small galleries in rural Scotland to international exhibitions in France, Spain and Israel.

Sharmanka Kinetic Theatre has gained a reputation as one of the Glasgow’s hidden treasures – and founder Berudsky was awarded the Creative Scotland Award in 2005.

“We are really excited to host the Irish premier of Travelling Circus from Sharmanka Kinetic Theatre. This special show has captivated audiences around the world and received the highest accolades and reviews,” said Ms Cotter.

“Mysterious and darkly humorous, the amazing kinetic sculptures will present an eerily magical theatrical performance - whirring, clicking, buzzing and clanking into action to tell their story. All the family will be enthralled and entertained by this wonderful exhibition,” concluded Ms Cotter.

Tickets for the show are priced at €2 for children, €3 for adults and €10 for families - tickets can be booked online at www.terryglassartsfestival.ie from 29th July or by phone on 087 218 1663.