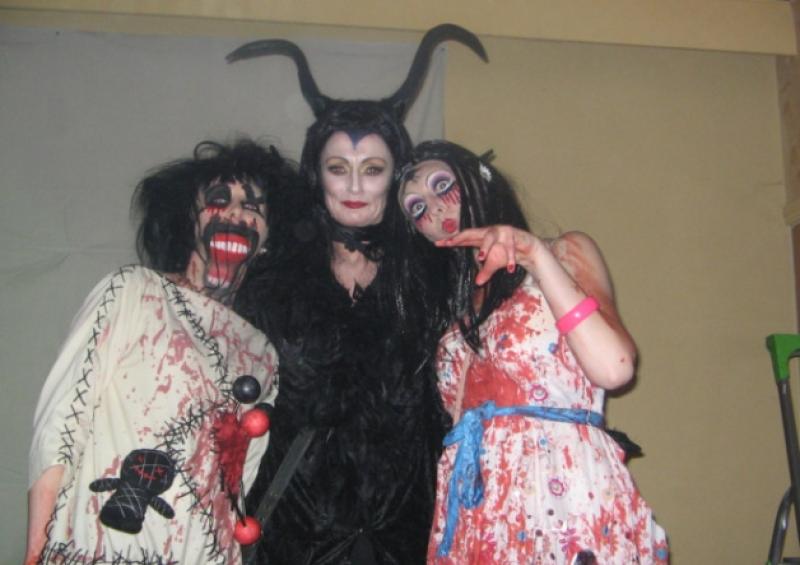 Just as we finished off a fantastic summer, what better event to get everybody set for the Autumn/Winter than Biddy’s Annual Halloween Hoolie, such as the one that took place in Templemore Arms Hotel last weekend.

Just as we finished off a fantastic summer, what better event to get everybody set for the Autumn/Winter than Biddy’s Annual Halloween Hoolie, such as the one that took place in Templemore Arms Hotel last weekend.

And Wow, what a hoolie – and not a hooligan in sight! The decorations rivalled any Hollywood Halloween Horror setting.

The D.J. Colm just excelled himself, with dazzling stage backdrops and suitable haunting music, but some people thought he was a bit big-headed on the night – could be something to do with his costume.

The judges as usual were ‘dressed to kill’, their costumes would impress any Rocky Horror Show anywhere in the world. The Hostess Biddy dressed as a ‘little drummer girl’ drummed up a right ole racket getting everybody into order, as only Biddy can.

It was a wonderful night of fun and frolics much enjoyed by all. Sincere thanks to Lua Fitzpatrick, John and Lorraine Fogarty, Tommy Heaney, and Elaine.

The princely sum of €4600.00 was collected on the night and a cheque for this amount was later presented to both Templemore Day Care Centre and The Lourdes Fund which is to be shared equally among both worthy causes. Well done to all for the huge effort put in to organising this immensely popular successful event.