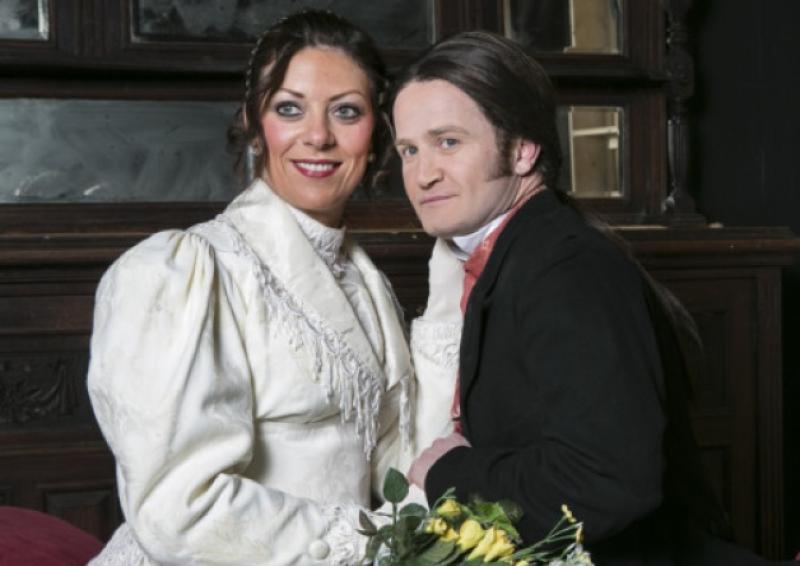 Our production team of Michael O’Donoghue, Fergal Carroll, Mary Rose McNally, Gillian Hewitt-Fitgerald, Majella Louise Fitzgerald and Margaret O’Sullivan are busy putting the cast through their paces, Set Designer Diarmuid Vaughan and his team are busy at work on what promises to be a magnificent set and Properties Manager Robert Donlan and his team are collecting and making properties for what is shaping up to be a magnificent musical.

An evocative tale of the epic battle between good and evil, Jekyll and Hyde is based on Robert Louis Stevenson’s classic story about a brilliant doctor whose experiments with human personality create a murderous counterpart. Convinced the cure for his father’s mental illness lies in the separation of Man’s evil nature from his good, Dr. Henry Jekyll unwittingly unleashes his own dark side, wreaking havoc in the streets of late 19th century London as the savage, maniacal Edward Hyde.

This wonderful musical features such super well-known numbers as ‘This is the Moment’, ‘Someone Like You’ and ‘Once Upon a Dream’.

Diarmuid Vaughan, winner of the 2011 AIMS Best Actor Award will play the very demanding title role of Dr. Henry Jekyll/Edward Hyde. Making a very welcome return to the stage in the role of Emma Carew will be Andrea Ruth Houlihan and Lucy Harris is being played by Holly Jean Williamson who is making her debut with St. Mary’s Choral Society in this production. David Hughes plays John Utterson, Derek Ryan is Sir Danvers Carew and Cian Corcoran will play the sinister role of Spider. The numerous other supporting roles in this wonderful musical are being played by Fiona Corcoran, Kiya Donlan, George Barry, Jack Hickey, Liam Hunter, David Hogan, Patrick Morrissey, Jason Ryan, Noel Cairns, Sean Deegan, Timmy O’Dwyer and a host of familiar faces who make up the cast of Aristocrats, People of London, Street People, Prostitutes, Servants, Red Rat dancers etc.

Tickets for this magnificent musical are now on sale at Marians, O’Connell Street. (052)6123813. Tickets are priced at €15euros (Sunday 28th, Monday 29th and Tuesday 30th) and €18euros (Saturday 27th and Wednesday to Saturday 1st - 4th May. With just 220 seats available for each performance, tickets are bound to sell out fast!!