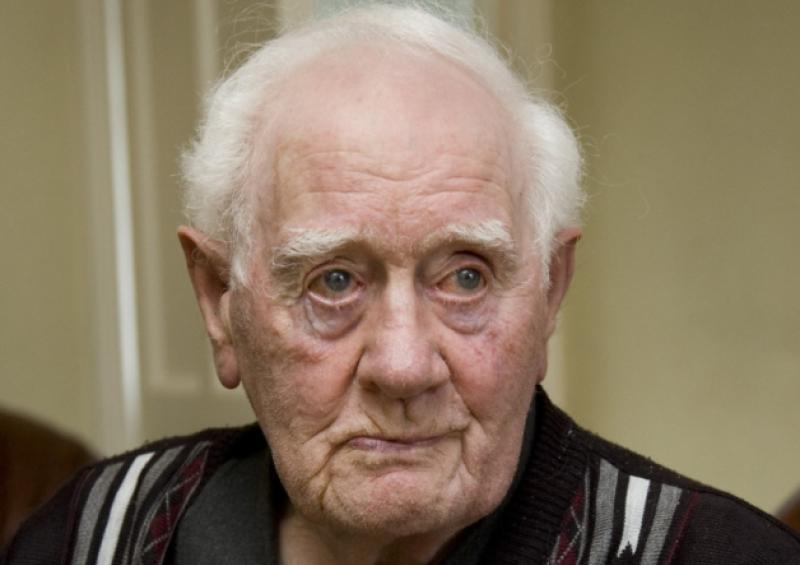 Cashel man Tommy Butler, Wallers Lott, Clonmel Road, who recently celebrated his 87th birthday has taken to the pen and written a poem to voice his disgruntlement at the direction his beloved Cashel is taking.

Cashel man Tommy Butler, Wallers Lott, Clonmel Road, who recently celebrated his 87th birthday has taken to the pen and written a poem to voice his disgruntlement at the direction his beloved Cashel is taking.

A man who gave most of his working life working on the land with neighbour John Ryan and later for Going & Smith and Sweeney’s Bakeries in Bank Place, is thus qualified to have an opinion on what he calls progress.

“I’m going back to the good old days when Cashel was a town,

“With lots of shops and butcher’s stalls, what you’d want was easily found.

“When buyers and sellers at the market house would meet.

“Then a buyer starts buying and this is what he said,

“I’m a customer for your cattle at twenty pounds a head. Then farmer jack would pause and think and he’d say you won your battle.

“Make a cheque, place it in my hand and then they’ll be your cattle.

“Then farmer Jack would be happy, he’d go home without a care,

“He’d tell his wife and family, he had a good day at the fair. But then the years started rolling on with shops and stalls closing down, and then came in those who destroyed our lovely town.

“They rooted up our footpaths, with the exception of a few, from Friar Street down to John Street corner.

“The way they replaced them back, you can see they haven’t a clue.

“We had lots of space for parking cars at the end of the city hall but then they put in that plaza, now we have no parking space at all.

“Still it’s nice to think of the good old days, when you were rich with half a crown, and to say goodbye to those who destroyed our lovely town.”