Clonmel students compose song in memory of their hero Alice 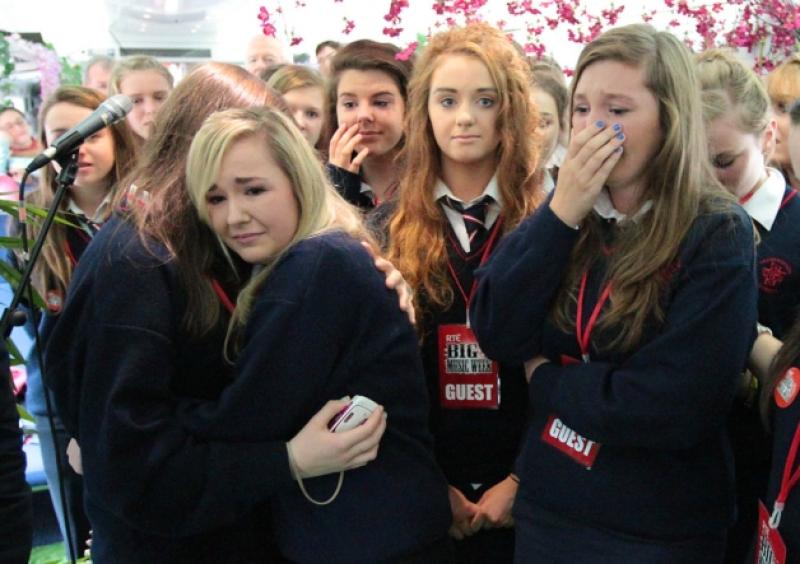 Students from Clonmel’s Presentation Secondary School are bringing out as a single the song they composed in memory of their teacher who died tragically in a car accident earlier this year.

Students from Clonmel’s Presentation Secondary School are bringing out as a single the song they composed in memory of their teacher who died tragically in a car accident earlier this year.

The song called “My Hero” was composed by the school’s Transition Year students in honour of their late English and Religion teacher Alice Strain, who came from Ballymacmague near Dungarvan.

“My Hero” was created at a songwriting workshop the students participated in with producer Gavin Ralston and singer songwriter Luán Parle on September 23.

“My Hero” was first performed by the students on RTE’s Big Music Week Train when it stopped off at Clonmel Railway Station the following day. The performance was an emotional occasion for the Presentation students and staff as well as members of Ms Strain’s family and her fiance photographer Pat Crowley, who were present for the performance.

“Alice’s family were very moved by the song. The kids were fantastic,” Presentation School Principal Michael O’Loughlin told The Nationalist.

The song received no less than 22,000 hits on the thejournal.ie website and was so well received that RTE invited the Transition Year class to perform at the Big Music Week’s finale show at the well known Vicar Street venue in Dublin on Saturday, September 28.

Parents and teachers were in the audience at Vicar Street to see the 24 TY students sing at the show that also featured such top artists as Finbar Furey, Royseven frontman Paul Walsh from Clonmel and Mundy.

Gavin Ralston recorded the students performing “My Hero” at the rehearsals for the Vicar Street show and they now hope to release the single at the end of November.

“We hope to have the single available in local shops, on iTunes and from the school”, said Mr. O’Loughlin.

All funds raised by the single will go towards the Presentation Secondary School’s Development Fund, which helps to finance major building works at the school.