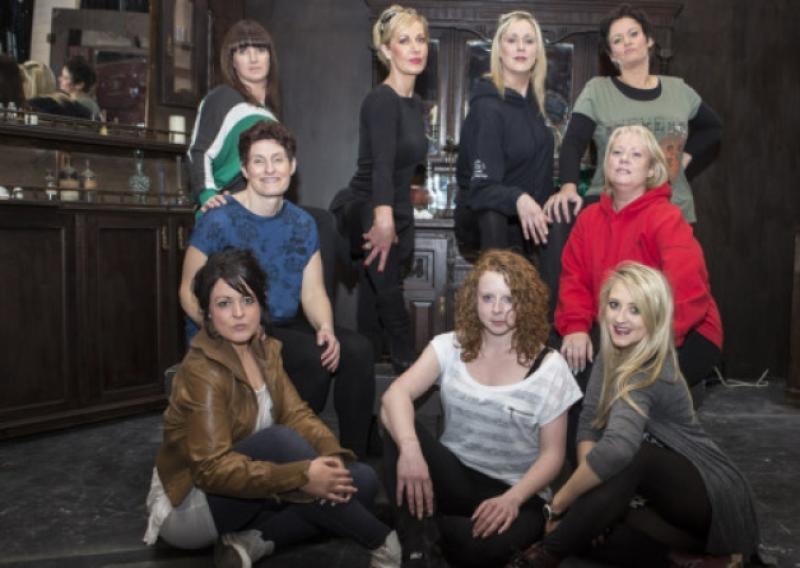 The final few days of rehearsals are taking place at Clonmel’s White Memorial Theatre, where St. Mary’s Choral Society is preparing to present Jekyll and Hyde, which opens this coming Saturday, 27th April for an eight-night run.

The final few days of rehearsals are taking place at Clonmel’s White Memorial Theatre, where St. Mary’s Choral Society is preparing to present Jekyll and Hyde, which opens this coming Saturday, 27th April for an eight-night run.

Jekyll and Hyde is shaping up to be one of the most magnificent productions ever staged by St. Mary’s and the society promises that audiences will be wowed by the production, which will be the society’s 110th in its 73-year history.

The production team of Michael O’Donoghue, Fergal Carroll, Mary Rose McNally, Gillian Hewitt-Fitgerald, Majella Louise Fitzgerald and Margaret O’Sullivan are busy putting the final touches to the production. Set designer Diarmuid Vaughan and his team are just about finished what is another amazing set and properties manager Robert Donlan and his crew are busy collecting and making the last few properties for this magnificent musical, which is set in Victorian London.

The wonderful score by Frank Wildhorn and Leslie Bricusse features such super well-known numbers as ‘This is the Moment’, ‘Someone Like You’ and ‘Once Upon a Dream’.

Diarmuid Vaughan, winner of the 2011 AIMS Best Actor Award will play the role of a lifetime as Dr. Henry Jekyll/Edward Hyde. One of the most demanding role in musical theatre, Diarmuid will be on stage for most of the show and will sing 19 numbers in this magnificent role, which will see him play the dual roles of a brilliant doctor/scientist and his murderous counterpart.

Where would any musical be without a love story? Jekyll and Hyde has two leading ladies of the highest calibre playing the roles of Jekyll’s fiancee and Hyde’s lover. Andrea Ruth-Houlihan, so well known in musical circles in Clonmel takes on the beautiful role of Henry Jekyll’s fiancee Emma Carew and Holly Jean Williamson from Cloneen, who has played numerous leading roles with Slievenamon Musical Society, plays Lucy Harris, the main attraction at the Red Rat Pub and the object of Edward Hyde’s affections.

Red Rat Dance Choreography is by Gillian Hewitt-Fitzgerald and Majella Louise Fitzgerald, winners of last season’s A.I.M.S. Best Choreography Award for their work on Chess the Musical. Majella Louise made the trip from London to work on the choreography for Jekyll and Hyde and the dancing in the Red Rat Pub promises to be a highlight of the production.

Tickets for this magnificent musical are now on sale at Marians, O’Connell Street. (052)6123813 and selling fast. For this production the society are offering a reduced rate on Sunday 28th, Monday 29th and Tuesday 30th with tickets priced at just €15. Tickets for all other performances – Saturday 27th, Wednesday 1st, Thursday 2nd, Friday 3rd and Saturday 4th are priced at €18.

Don’t be disappointed and book your tickets now while there are still some available for this wonderful production.