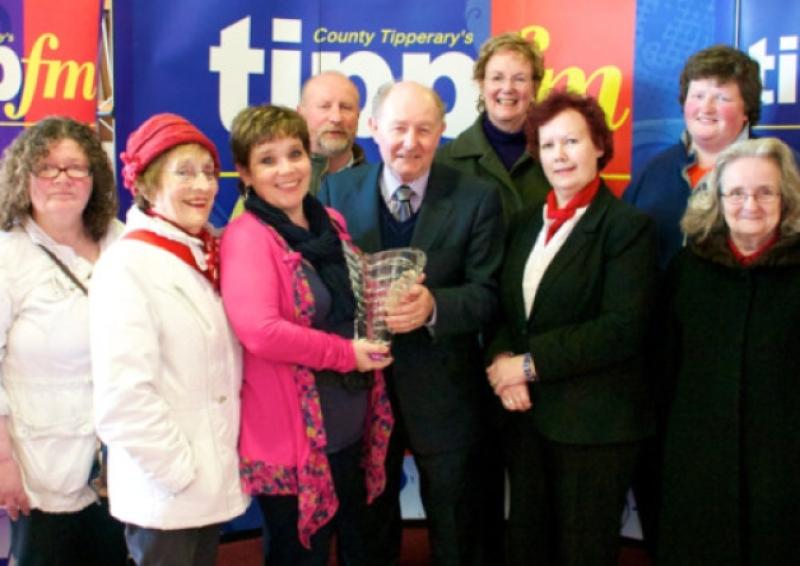 There was lots of excitement at the Excel Arts centre, Tipperary Town last Tuesday when local Singer Songwriter Fran Gary Marnane and the Excel Writer’s Group were both awarded a Tipp FM Arts & Entertainment monthly award.

There was lots of excitement at the Excel Arts centre, Tipperary Town last Tuesday when local Singer Songwriter Fran Gary Marnane and the Excel Writer’s Group were both awarded a Tipp FM Arts & Entertainment monthly award.

Tipp FM Arts Presenter Denis O’Sullivan, teamed up with fellow Presenter Norman Morrissey on his afternoon show, live from the Excel, to give the awards to the winners and interview them about their skills and achievements.

Fran Gary Marnane received the Tipp FM Arts & Entertainment Award for June in recognition of her Songwriting and performing talents.

“Fran was awarded the Tipp FM award for her achievements as an entertainer, an artist and a singer/songwriter who has been doing tremendous work in that area of the Arts,” explained Presenter Denis O’Sullivan. “All of the songs that Fran has written came out of her own head and her own heart and she produced a beautiful album.”

For Fran winning the award meant a lot to her because it recognised her ability as a Songwriter for her original album and the writing of her own songs. “It’s my own music and through its journey I met so many wonderful people and learnt so much and had so much support from friends and family. It’s fantastic that Tipp FM play so much Irish music and I’m really happy that people get to hear my own music.”

The Tipp FM Arts & Entertainment Awards have been recognising the talents of groups and individuals throughout Co. Tipperary since 2003.

“These awards are not competitive awards, they are awards of recognition and they are recognising what groups and what individuals are doing within the Arts,” said Denis O’Sullivan. “The Excel writer’s group not only do they write for themselves and their own satisfaction but they produce articles, a book, radio programmes and we felt it was something that should be recognised.”

The Excel Writer’s Group began four years ago and has grown in numbers. Its tutor, Sheila Quealey, explained how its popularity and dedication of its members has made it a success. “The group started out very small four years ago and grew over time and now there are two writer’s groups; a Memoir and a Creative Writing class that meet alternate weeks. The members work hard and are really dedicated so receiving the Tipp FM Arts & Entertainment is a great acknowledgement of the dedication of the class participants who have worked hard over the last few years and we are really delighted to receive this.”

Sean Edmonds has been a part of the Excel writers group since the beginning. “I joined the group initially as a social outlet and then as time went on I started to enjoy the writing more and was amazed at what you can turn out. The highlight for me so far was reading the stories on the radio. We’ve done three Christmas lots now and a few more in-between and the feedback that you get from that is great and very encouraging,” said Sean. “I think that Arts are very important for everyone, particularly in bad economic times and the Tipp FM Arts & Entertainment is a great acknowledgement of the work and dedication of the group and for the Arts in general.”

With the financial support of the V.E.C. through their adult education scheme, the Excel Writer’s Group has helped many members develop in many different ways.

“The writers group was something that I was looking for – it filled a need that I had and I found it was absolutely fantastic on deliberating,” said group member Nellie Keane. “As time went on I found that I knew very, very little and had lots to learn but I’ve enjoyed the process tremendously. My original ideas of writing were lots of words on paper – big words – but I know differently now. I enjoy it so much and especially the camaraderie. I’ve learnt to write from the heart and not from the head. Feelings are very much the ‘show don’t tell’. We have a marvellous teacher and it’s really enjoyable.”

Patricia O’Driscoll was one of the first participants to join the Excel writer’s group in September 2009. “To be a part of this group is a unique experience that opens your mind and opens your heart. What you get from your mind and heart you put down on paper to express yourself.”

Mary-Alice O’Connor at the Excel, on behalf of the Excel Writer’s Group would like to extend a huge thank you to Veronica Crowe and Eileen Condon at the V.E.C for facilitating financial support by paying for the tutor, Sheila Quealey and thank you to the Tipperary Library for their cooperation providing books for recommended reading.

“Receiving the Tipp FM Arts & Entertainment award for the Excel Writer’s Group is great recognition for the work involved in setting up the classes and for all the support that we received,” added Mary Alice. 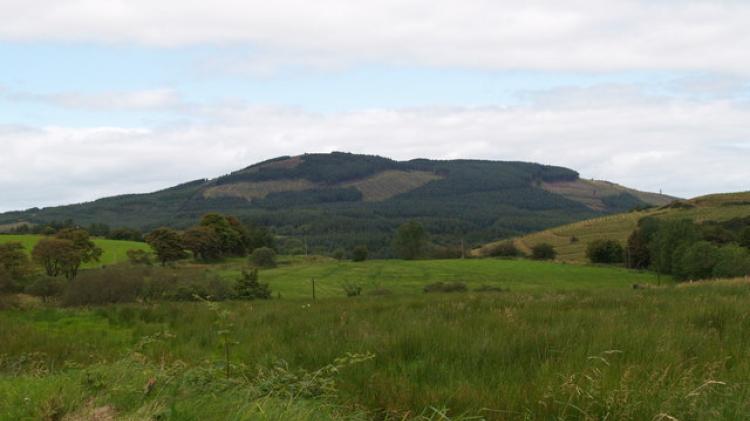