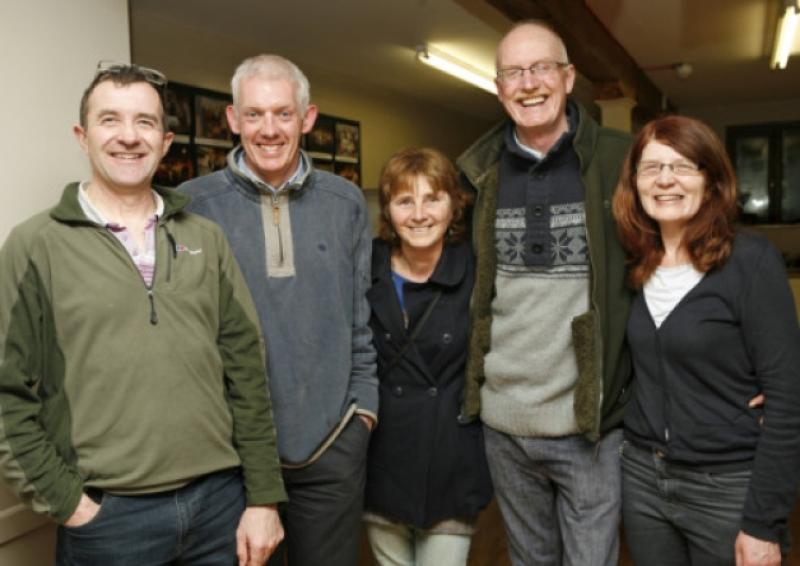 A Carrick-on-Suir writer beat off entries from all over the country to win the poetry competition at Brewery Lane Theatre’s inaugural Writers’ Weekend.

A Carrick-on-Suir writer beat off entries from all over the country to win the poetry competition at Brewery Lane Theatre’s inaugural Writers’ Weekend.

The competition was judged by well known poet Mark Roper.

Ann and the other poetry competition winners were presented with their prizes at the Writers Weekend Poetry Night at Brewery Lane last Friday.

The awards ceremony at which the poets recited their work was followed by a convivial cheese and wine reception in the theatre’s gallery.

The following morning and on Sunday morning short story writer Nuala Ni Conchuir hosted workshops at the theatre on the theme of “Writing Winning Short Stories”.

Dr Richard Hayes, Head of the School of Humanities at Waterford Institute of Technology, was also on hand to give some advice to creative writing enthusiasts in his seminar on “Into the New: Writing and Change” at the theatre on Saturday evening.

Margaret O’Brien, who organised the Writers’ Weekend, said it was Ireland’s newest and most intimate creative writing festival and she was delighted and very encouraged by the public support it received.

She confirmed there are plans to make it an annual event.

She said the poetry competition attracted 76 entries from as far afield as Sligo, Cavan, Dublin and Kildare as well as from throughout the South East region. The number of entries swelled to more than 100 when you took into account the poems submitted by local students for the Carrick-on-Suir schools category.