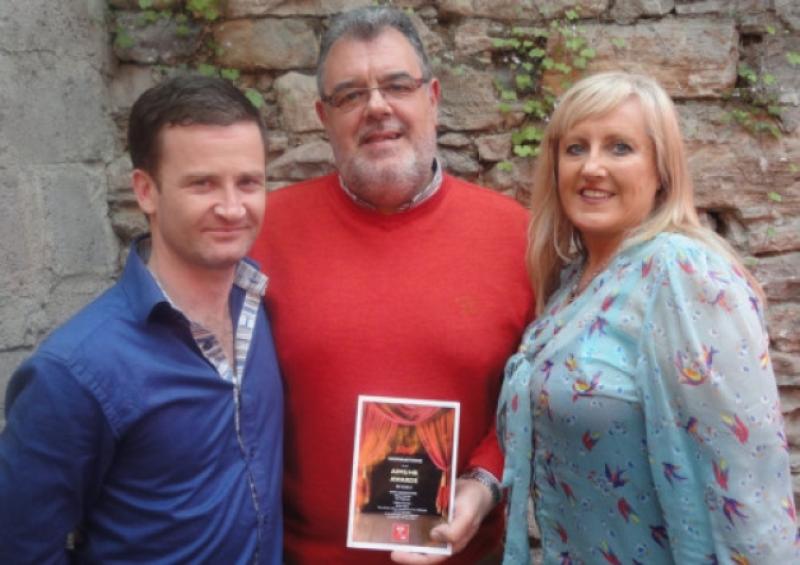 Champagne corks are popping for St. Mary’s Choral Society this week, having scooped 3 AIMS nominations for their recent production of Jekyll and Hyde.

Champagne corks are popping for St. Mary’s Choral Society this week, having scooped 3 AIMS nominations for their recent production of Jekyll and Hyde.

This is the sixth AIMS nomination for Diarmuid Vaughan, who previously won the Best Actor Award for his portrayal of Judas in Jesus Christ Superstar two years ago. Diarmuid has been nominated this year for his outstanding performance as Jekyll/Hyde in Clonmel’s recent production.

Four other nominations came the way of the Premier county this year.

Tipperary Musical Society received one nomination for its production of The Producers, which they staged in February. Cathal O’Donoghue, who played Roger de Bris has been nominated for the Best Comedian Award and Thurles Musical Society, who staged Titanic the Musical in March received three nomination for the production – Best Technical, Best House Management and Best Musical Director Mary Rose McNally, who incidentally was chorus mistress/vocal coach for Clonmel’s Jekyll and Hyde.

The winners of the Awards will be announced at the AIMS/HB Awards ceremony on Saturday, 15th June in the Gleneagle Hotel in Killarney.

In the meantime St. Mary’s are back at rehearsal tonight, Wednesday for Magic of the Musicals, their forthcoming concert which will take place on Friday, 21st and Saturday, 22nd June.